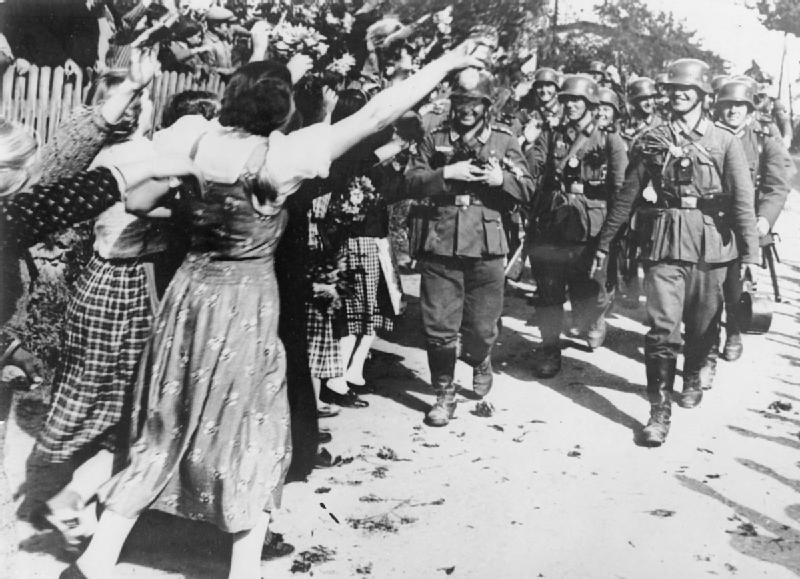 Looks like at least some people in Soviet Ukraine were really happy when Nazis arrived to their land in 1941. Just see this selection of Ukrainian people showing hospitality to the Soviet enemy – German Wermacht soldiers.