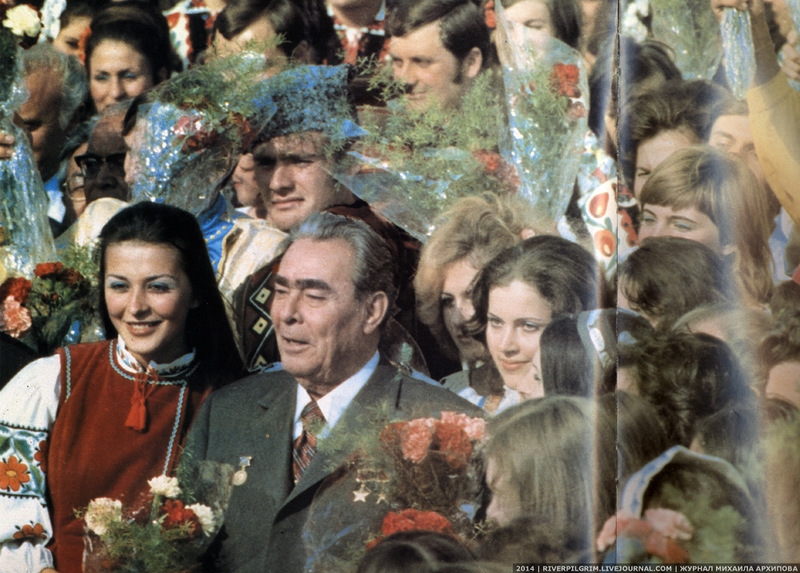 So Moldavia was a sunny Soviet republic located in South-Eastern Europe, bordering Romania and known for its fine wines and Soviet pop star Sofia Rotaru. Basically, it was a nice place with pretty much warm climate compared to most of Russia, with long summers, golden fields of wheat and gardens with fruits. And to commemorate all this here is photo of Brezhnev surrounded by Moldavian women made during the “Golden Age” of Soviet Union during his visit to Moldavia. See more inside: Moldavian wines were really popular and valued in Soviet state. Sportsmen of USSR came to Moldavia to compete. The grape vineyards of Moldavia. Wines were awarded a lot both inside USSR and abroad. Moldavian women working in the fields. Men working too. The apple crops were huge there too. And here are the samples of products the republic were in making – tomato paste, peas, tomatoe sauce, grape juice, apple paste etc etc. So, looks like it was a fun place to live, at least at that time. Hope you liked the selection!

19 thoughts on “Moldavia in Soviet Times”