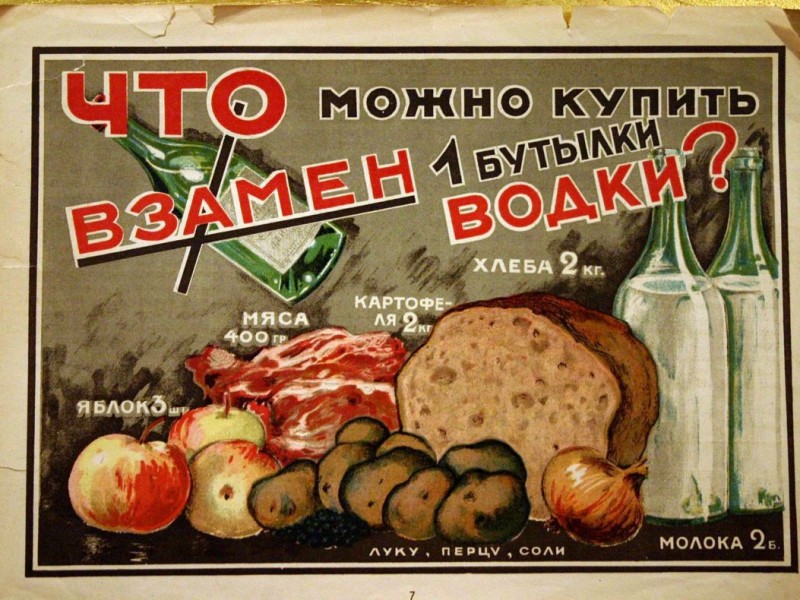 The picture above shows a vintage Soviet poster which shows what a bottle of vodka could buy you at time. It was propaganda against the drinking problem, like – “Look! Instead of vodka you could buy all this!”. Also, this might be called a Soviet variation on theÂ “Hamburger” index. So really, what could a bottle of vodka buy you back then (in the 1970’s) and now in Russia? See more inside:

So according to this Soviet pic, one bottle brings to table the following goodies:

1) 1 pound of beef
2) two kg or 4 lbs potatoes
3) 3 apples
4) bread – two kg (or about 4 lbs)
5) milk – two bottles
and also onions, pepper and salt in unspecified amounts.
This was back then. Now the guy has goneÂ to a grocery store and bought the cheapest vodka and then used the same amount of money to buy some food. Here is what he got: 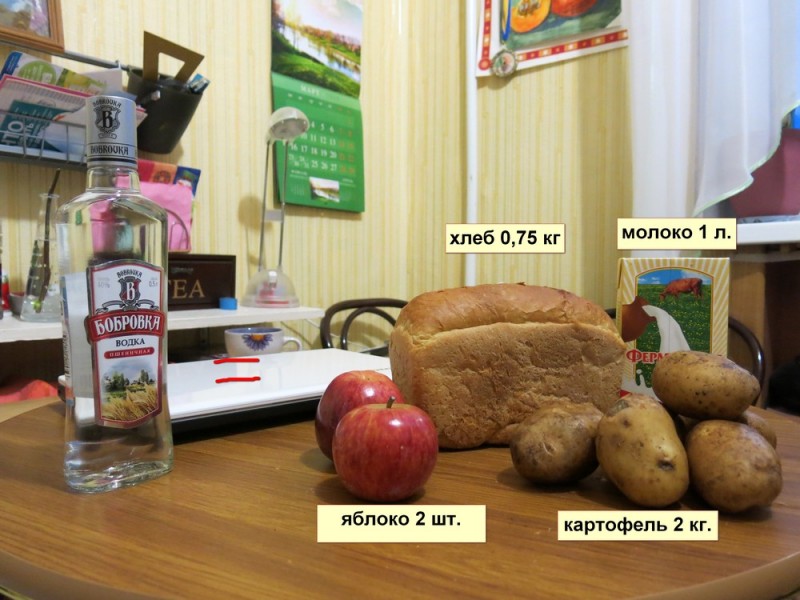 And here is his second choice: 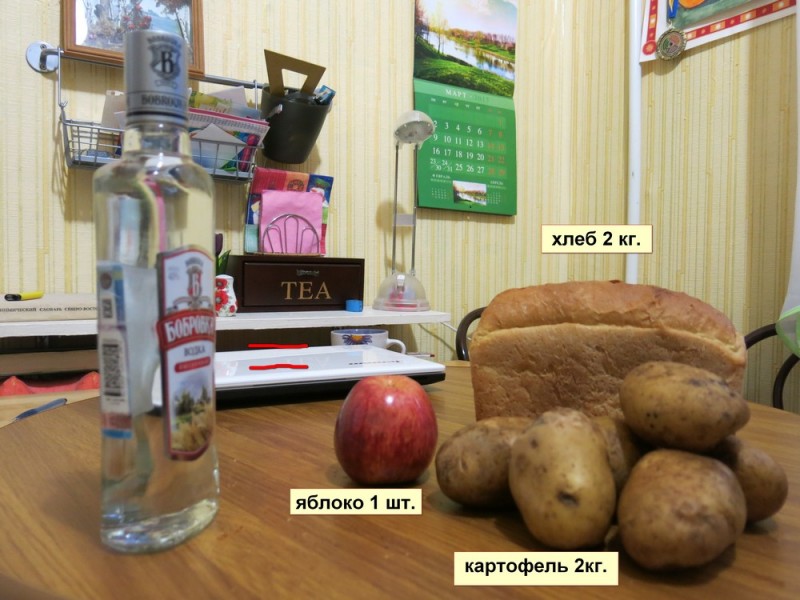 Basically, a bottle of vodka, both now and then, can also get you enough food to surviveÂ forÂ aÂ couple of days. The conclusion is that this survival experience could be more pleasant in the 1970’s than now.
Also, please take note that the guy comes from Chukotka – a pretty remoteÂ part of Russia, with rather high food prices, however I suppose vodka costs a bit more there too.

What about your country? Can you trade in your vodka and survive?

10 thoughts on “What a Bottle of Vodka Can Buy You”