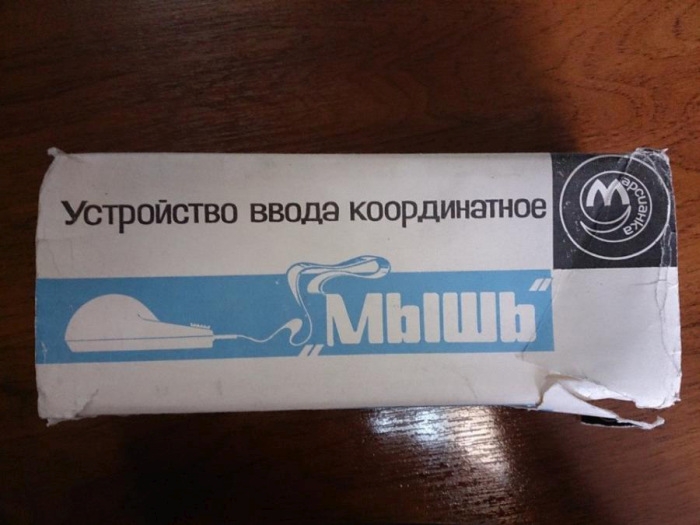 Some guy has discovered a rare late Soviet era computer mouse and here are the images posted. This particular device was produced in year 1990, but the model year is 1989, as the papers say.  It looks pretty weird, unboxed and is red in color. The price tag is also weird – it costs 285 roubles which at time was equally translated in dollars – so almost three hundred for a piece of plastic with a ball inside. See more inside: The box tells the benefits of using the mouse. “It is the most comfortable graphic input device. You can move a cursor or piece of graphics across the screen, paint or use in business”. Like for those who see this for the first time of their lives. It has had its own serial number written in pen and was under a warranty. Also for some reason  a blueprint of the device was included in the box. Like if it gets cracked you can order yourself a spare piece. Because it costed you three hundred dollars. And here is the fabulous babe itself. Look at this connector. Its not just red, its red and blue. With black cord. The size is pretty realistic compared to the modern day hardware. There is a serial number written by hand on the back of the device itself.

In general this thing looks well built and sturdy and might be pretty much working even this day. If you could find an adapter to this huge controller.

10 thoughts on “Computer Mouse out of Late Soviet Empire”