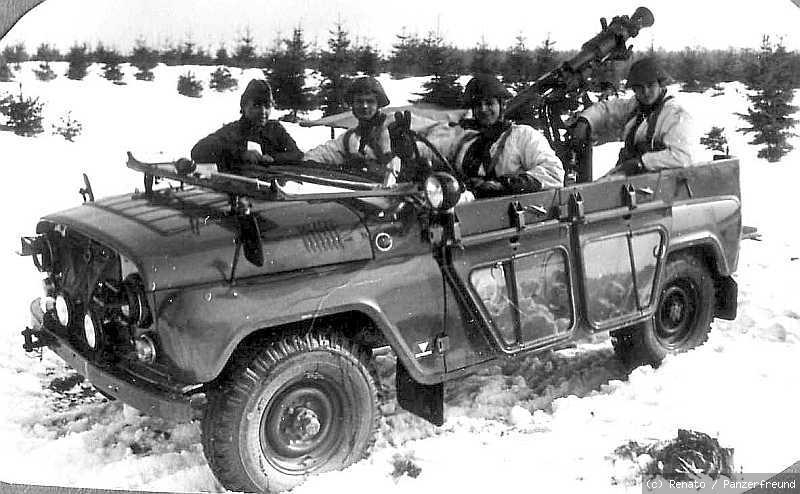 Just a few photos of this rare car. Well, the car itself – UAZ-469 is not rare and might be one of the most mass produced cars in USSR as they have been used (and are used still!) for police patrol vehicles and in Russian Army. However this particular model with anti-tank grenade launchers (SPG-9 model) are not so often to be seen, so here are a few photos: