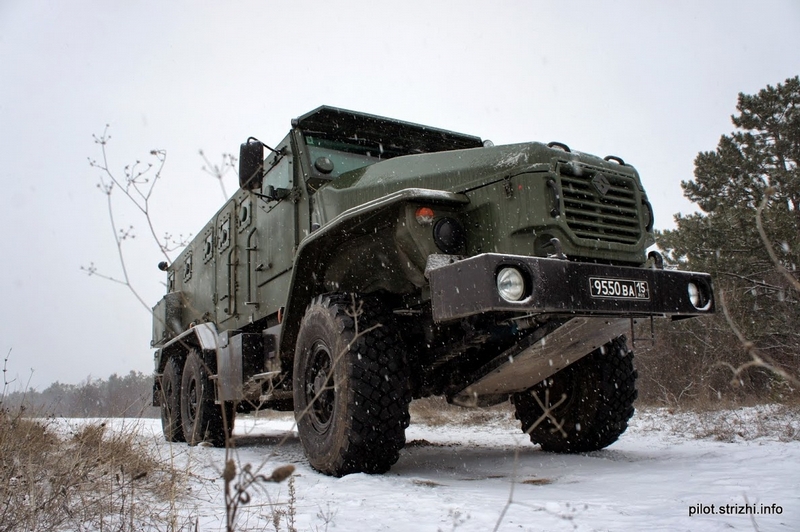 A few photos of Russian armored truck URAL, the newer model – from inside and outside. Those trucks are used by different regiments – including the scouts.  Let’s see what’s inside: This particular car is brand new. The soldiers should be seated like this on both sides. Regular URAL truck is used as a base for making those armored trucks. The solid armored body has numerous windows and doors. The armored vehicle is for protection of the soldiers of bullets and larger fragments, also of land mines or self made bombs. It should withstand two kilos of TNT explosives. The tires and suspensions are protected too. Also an engine is covered. The hood has its own armor shield. Next to it you can see a smaller version of an armored military car. And this is an older URAL with lesser protection which was widely used before.

By the way those particular cars were photographed in Crimea. As you can see its snowing over there, though usually its not.

Thanks a lot to Pilot for his photos!