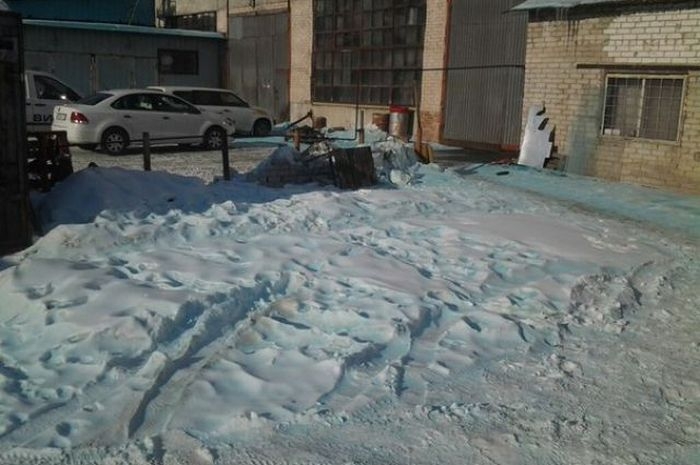 Do you remember an occasion of orange snow that was reported a few weeks ago? People were saying that it’s not a big deal – just a sandstorm from South got caught into water clouds which later resulted in tinting the snow orange. Okay, that’s version is viable, however, what sort of storm can cause snow to become blue?

Let’s see it, we have  a short video too: A few towns and villages in Chelyabinsk region which is in Ural region of Russia have reported there were plenty of blue snow descending from the skies this Thursday. The authorities refrained from commenting. The samples of snow were taken for laboratories. And no results were received yet. “This snow melts inside and our office is full of blue water!”, says the local woman on video below.