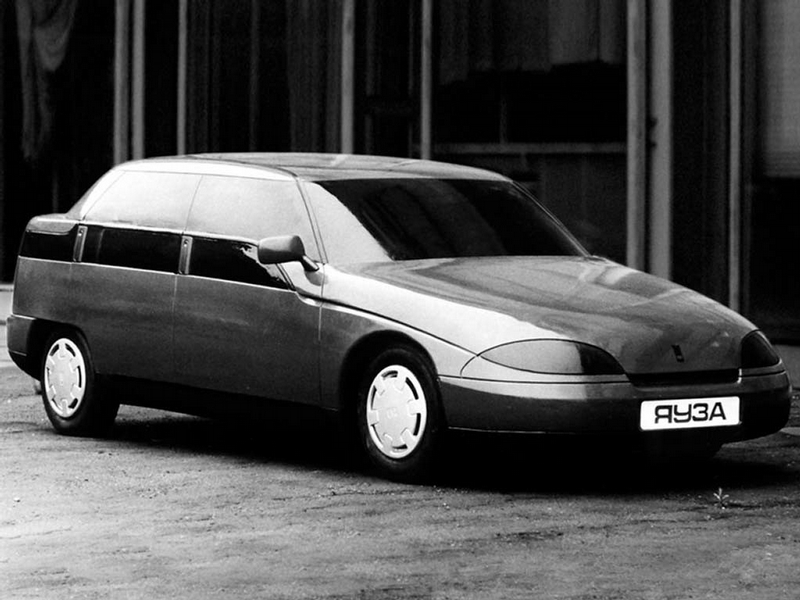 Close to the Soviet collapse most of the Soviet cars were really outdated both in terms of design and technical part as well (interestingly, some of them are in production even now, twenty more years later – but this is a different story). So Soviet top engineers of the leading few car makers were trying to improve and invent something better looking and more comfortably moving. This is one of such projects that hasn’t went into mass production though. Let’s see bit more inside: In the earliest 1990s they produced one of such cars. It started with Gorbachev who said “I am not Brezhnev, I don’t collect cars” and gave the Pontiac he owned to the engineers. “Here is a car – disassemble it, and study the modern car making!”. So they started trying and experimenting. And here what they got. You can click this photo for example its pretty widescreen to see it in detail. A few of those were produced according to photo – at least two – one white and one red. And the red is here, survived thru this years and is displayed now. Later on because the state not more controlled the car making and everything seemed to be a bit mess in the country the development stopped. The actual name of this car was “Moskvich Yauza”. Yauza is the name of the river in Moscow and Moskvich was a Soviet brand of the cars, literary means “Person of  Moscow” 23 thoughts on “One Weird Soviet Car”