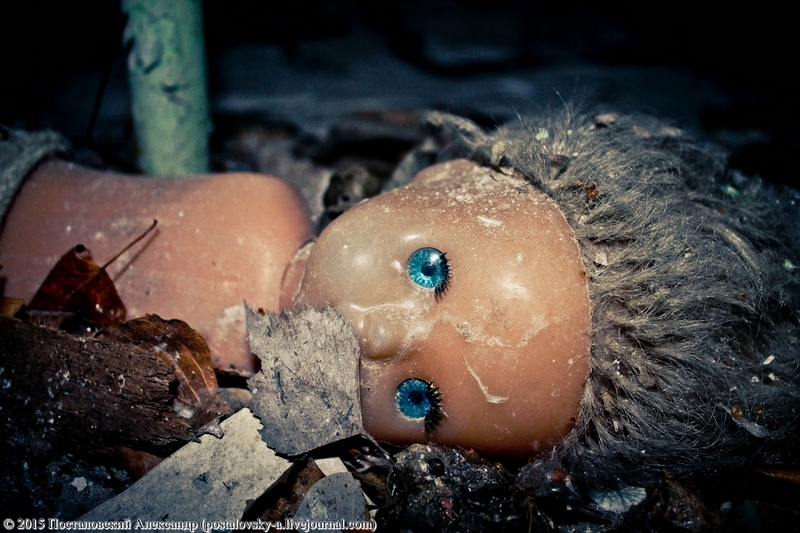 Alexander has travelled to Chernobyl nine times. He says that of course it looks pretty dramatic – all the empty houses, forest grown inside the house with bushes higher than a few stores, abandoned things and furniture in the apartments. But what touches him most are the abandoned little dolls that still can be found under loads of dirt, dry leaves, they are still there, as they were left in 1986.

“Epsecially I was moved by the dolls left in the empty kindergartens and pre-schools. Those dolls symbolize something that has been lost forever – the lost childhood. The open eyes of the dolls – they look at you and wait if you can change the things back, to the used and well known routine”.

Want to see more? Welcome inside: Those dolls were left here 28 years ago. “…and the sadness of loneliness”. “…the horror of abandonment”. “..and the hope to get into the past. The doll waits that someone would finally pick it up. It’s a chocking effect – it demonizes me and delight at same time” – says the photographer. “Dolls are the most shocking thing for me in Pripyat, other objects don’t impress me that much”, concludes Alexander.

Thanks Alexander for the photos!

4 thoughts on “Spooky Dolls of Chernobyl”