Ukrainian tank factory in Kharkiv presented a new vehicle these days – their take on a tank mixed up with a ligher armored fighting vehicle. They gave it the name BMP-64 and for now only two test specimen were produced, both of them are on those photos. Just a few photos but maybe you want to take a look what Ukrainian military is up to now: Also, here is an infographics on the subject: 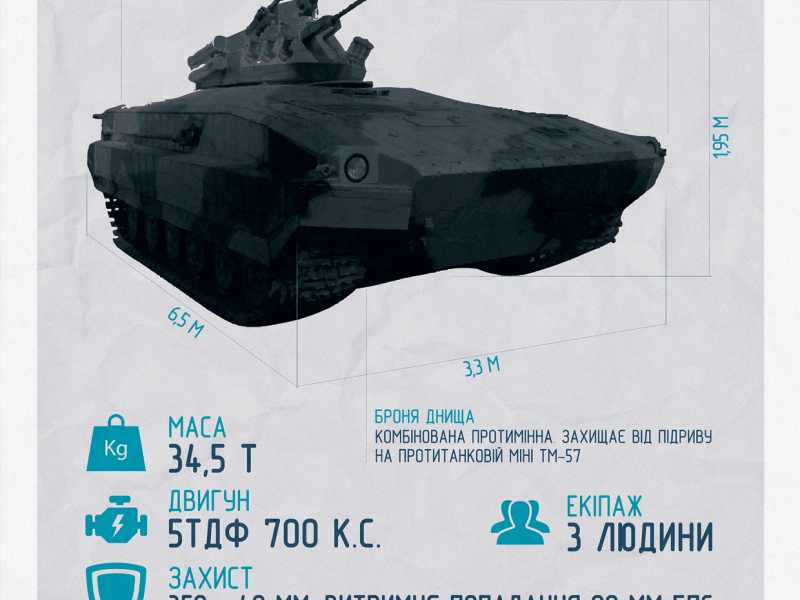 It’s in Ukrainian language but what can be understood that it’s crew is three people, it’s weighs 34.5 ton and the engine is 700 horse power.

At least it looks pretty nice.