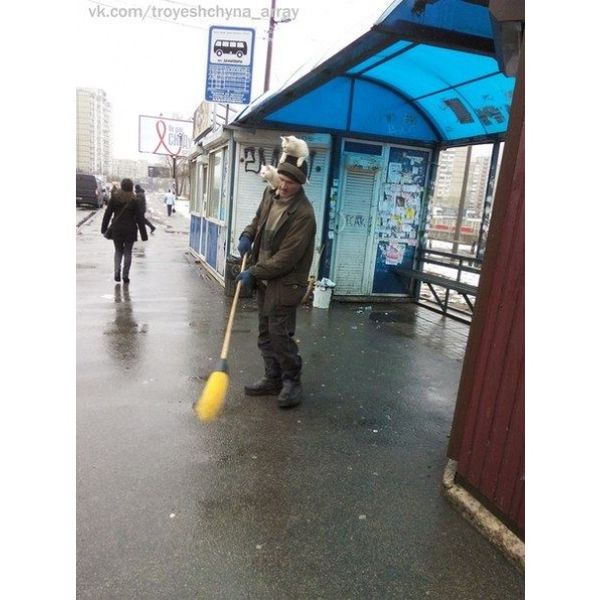 A street sweeping janitor from one of the neighborhoods of Kiev, Ukraine has been spotted with a pair of white cats sitting on his head and shoulders while he is performing his daily routines. According to the locals this man is sweeping this streets here almost each day and often he comes out to work like this – with cats sitting quietly with, or should we say on him. A couple more photos inside: 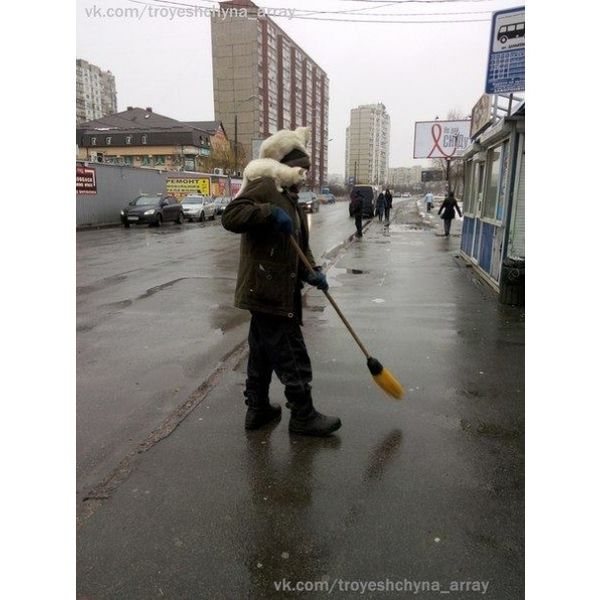 Looks like this man got used to the cats and to the people trying to snap a photo of him. Not even seems to care. They say some locals call him a word which is roughly being translated as “Catanitor” in English.

1 thought on “Street Sweeping in Style from Kiev”