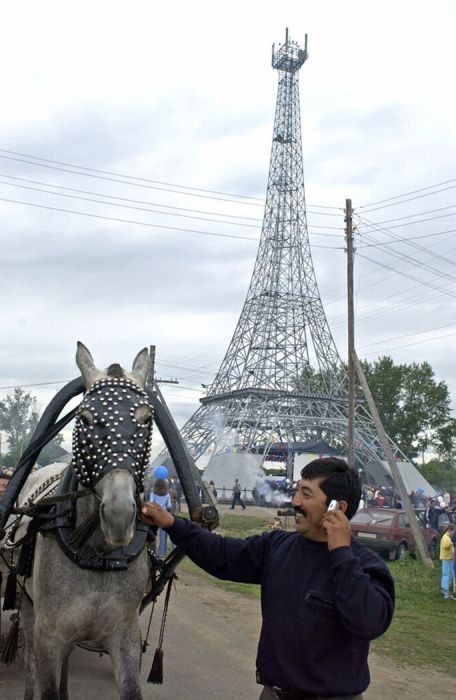 In Russia there is a village called “Paris”. People got used to this loud name their village has. Until one day some “funny guys” from the cellular company has got this thought coming to their minds: “We need to put a cell phone tower in the village of Paris. So why don’t we put it shaped like real Eiffel tower? Just for fun?”. That’s the type of people work of that cellular company. So they went to the manager counted everything and it turned out that to build such a small Eiffel tower replica was twice as cost their regular dull normal cellphone tower, so they built it: Now the villagers of Paris have their own Eiffel tower. At night it has a nice lightning on. The centerpiece of the village now is the tower.