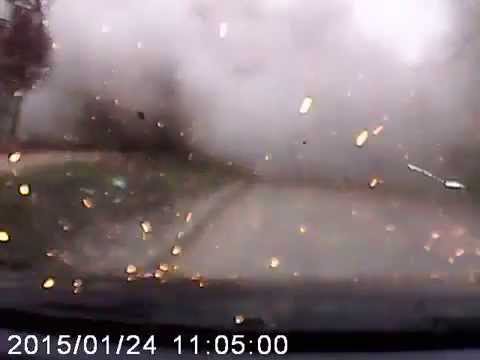 This dash cam video is really short just around 20 seconds, but it might be the most dramatic of all of them. It shows what terror is really like about. Just imagine a car driving on a normal day in a normal residential area in civilized Europe, kids go to school etc. – just your everyday peaceful scene. And then suddenly a few grad missiles fall from the skies right on the road smashing everything around and your peaceful day is not anymore. Really terrifying. And yes, its Ukraine, Mariupol city, previously much unaffected by the shootings, so it was a really unsuspecting peaceful driver in a peaceful area.    Highly recommended to watch:

And here is another video, from the different angle, from the courtyard of the apartment buildings located nearby. Again, those just regular residential complexes that were out of any sort of conflict and didn’t expect things get like this:

66 thoughts on “From Peace to Pieces in Twenty Seconds: UPDATED”