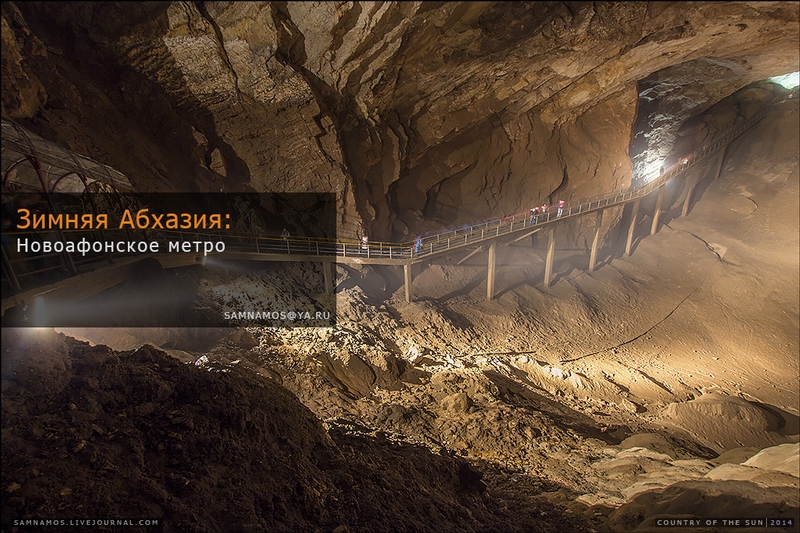 So Novoafonskaia cave in Abkhazia is that large that it really has  got a metro train line serving it. It is a pretty recently discovered cave – it first came to public attention in 1961. Then in 1980s it became popular Soviet tourism destination. In order to reach the most interesting parts of this natural cave they have made a manmade tunnel with a real subway train – but smaller in size – to bring the tourists directly in the interesting part without walking for long under ground. Want to see this? Thanks to the photographer Igor Litviski who went there and took the photos we can virtually take a trip inside this natural wonder too. On a train. Let’s go: So that’s a train. This car on front that people are sitting on isn’t a luggage cart but a huge battery which powers this train. It also pushes the cars so its a train’s head. So all seated and time to go. This is a first underground station. People start leaving the train to join the guided tour groups that start here. Metro system is sealed from other parts of a cave by this secure door. And here the journey starts. There are passages thru all the route. After taking a look on a cave they again sit into the metro train. New Athos is there where the cave is.

Thanks a lot to Igor again.

5 thoughts on “Novoafonskaia Cave: The Only Cave that Got a Metro Line in It”