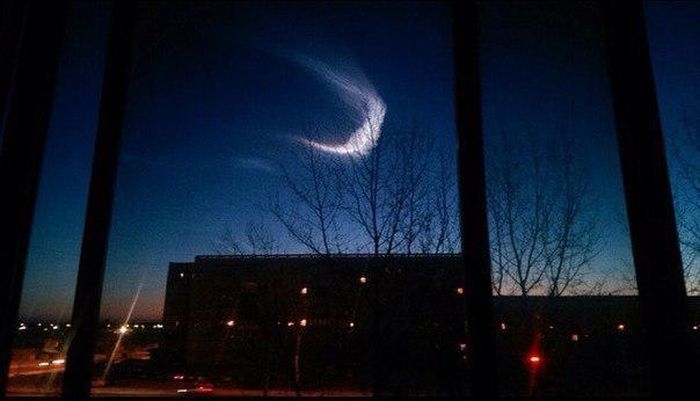 The people living in Blagoveshensk, Russia – its Russian Far East – have reported a strange phenomena they were able to see on Friday night. Just see the photos to understand what it looked like. Also inside there is a guess on what it might be actually: Here, a few photos were made that night. So what was it? Some assume that it might be a piece of unsuccessful Falcon X rocket launch, but it is not confirmed yet and just an assumption. Anyways it looked very unusual and people say “it was very nice looking”.