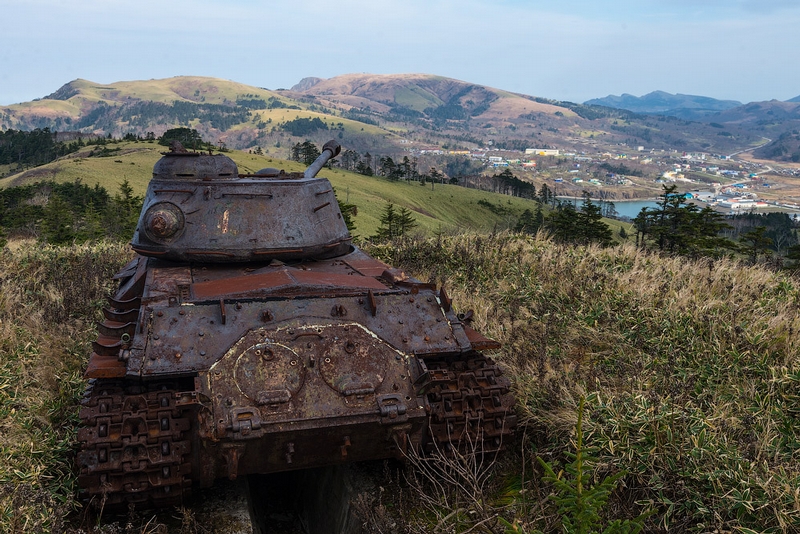 Ivan, Russian blogger has visited a pretty unique place – a Shikotan island – belonging now to Russia but is constantly claimed by Japan as their land. It’s not a big piece of land – just 225 square km, and the population is 2,100. However see how beautifully abandoned old Soviet tanks match the nice scenery around! Let’s go inside: The locals call this place  “The Tank Hill”. Locals mainly do fishing for their living and can’t scrap the tanks as they are on the island and transportation is not worth it. So the tanks are still there! This photos were made in Midst October last year. Ivan says too much mosquitoes to stand were around. So he went up the Tank Hill. And here comes the first tank! You can’t see them from the sea, says Ivan, only unclose. Because its a fall time the grass is already fading and you can see them. In summer its nearly to impossible when the grass is high, says Ivan. And here you can sneak under the machine to see what’s there. He says locals say that those tanks are fully functional still, no matter they look rusty. “It’s weird how its aiming the peaceful city”, says Ivan. Those two poles that’s the only thing what is left from the army base around, the locals got it all. And this is the only building left.

Hope you liked the view of those old tanks, big thanks to Ivan for his effort!