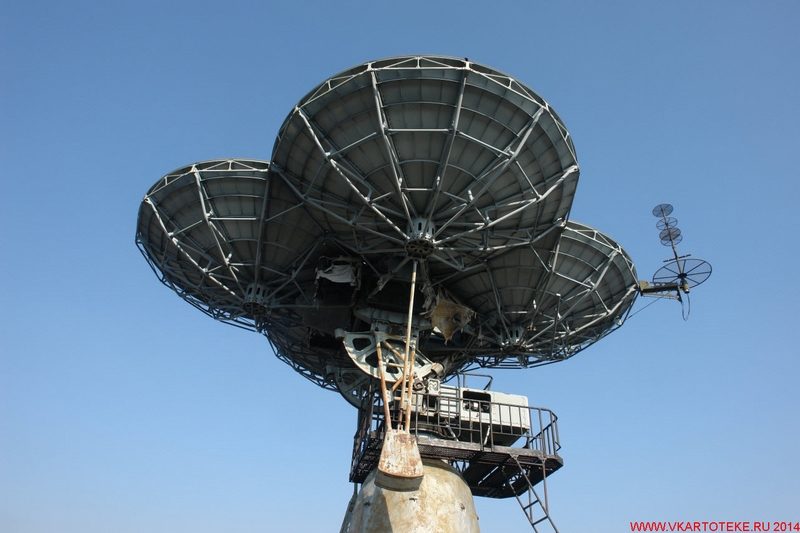 Aja, the blogger and the “digger” – the term they use to name a group of people who get into the “forbidden” places, mainly under ground, but not necessary, like for example this abandoned but still guarded space link satellite dish station. This one looks pretty much different from outside from the ones we got used to – the single huge antennas and nothing else – here we can see a series of big and small antennas mounted on some sort of gears etc. Let’s see what’s inside, thanks to Aja we can: She didn’t leave much comments on what exactly she saw inside, the “diggers” going to the restricted areas are known for not being too willing to talk. A few details we have is that the computer equipment of Soviet era which is still there – you can see it way down the page, is being imported from some “Eastern Block” countries – probably Poland. By the way see the bars on the windows – they were protecting this object a lot. People in the comments were asking her, why so many stuff is still there, not stolen stays untouched, to which she replied that’s this place is pretty secret and pretty hard to get into, also guarded seriously. So you are seeing something pretty much guarded, thanks to her. Again, thanks to Aja for the effort and the photos, would look forward for more stories! (and photos!)