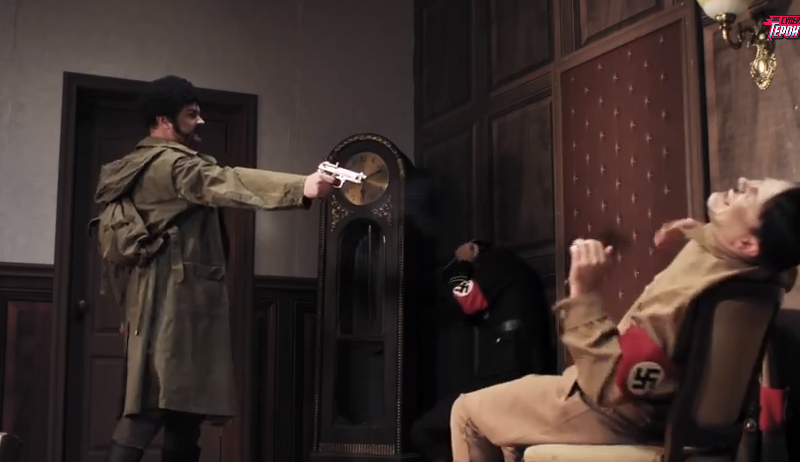 You might never think that things like this exist, but there is a whole Russian video made like Pulp Fiction parody, but instead America of 1990s it takes place in Nazi Germany with cult Russian spy “Shtirlitz” as a main hero. Here are two scenes from this video – the beginning of Pulp Fiction movie, now with a Russian spy proclaiming “It’s a special operation!” instead of “It’s a robbery!”, and the scene where they come to the hotel room. Pretty strange thing to watch!

Anyways hope you liked this one!
For those who doesn’t speak Russian, they came to revenge for the one who “tried to cheat on their Boss… Joseph Stalin”. The guy sitting behind the table is called Hitler. The food they got is german sausage. While walking in the hallway they discuss that “You know how do they call bacon in Germany? How? Shpicken!”. Etc etc. “Also what is your name sir? My name is Moses!”.
Also, at the end, where he reads a scripture, he actually reads a piece of Russian Newspaper which is very brief: “I am going to read you a piece of our Newspaper. It’s all over it: Death to Nazis!”. Then shots fired.