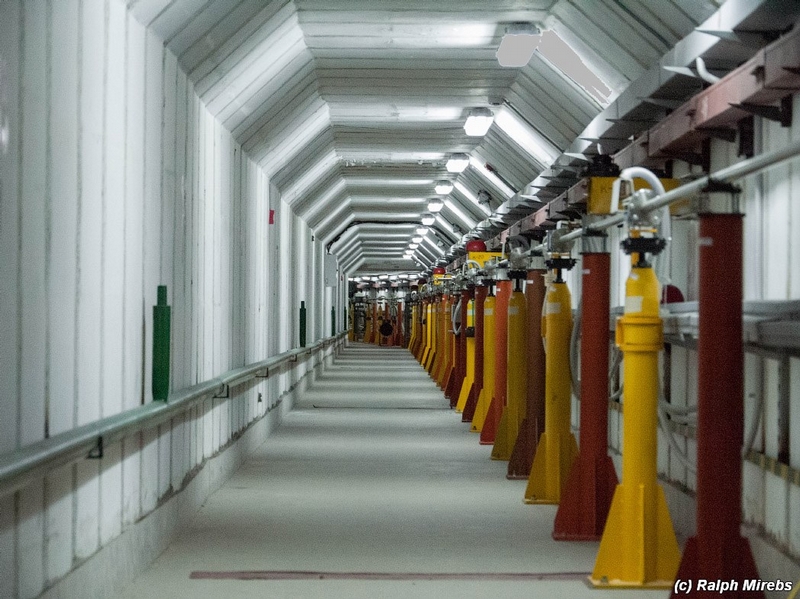 Ralphmirebs, the blogger who has already visited plenty of cool abandoned Russian and Japanese places, has recently been to the functioning accelerator complex with colliding electron–positron beams “Super Charm-Tau factory” belonging to the Novosibirsk Institute of nuclear physics named after G.I. Budker”. Here we present the images of this undoubtedly interesting object. The object is rather new so the walls are still unpainted, equipment is still being mounted. It’s the future factory of matter and antimatter or, to be more precise – of elementary particles – electrons and positrons which are doomed to replace less intensive sources used today.

Being born here they will be directed to accelerators to further speed up, gain necessary energy and collide with each other. Their collision will give birth to many other particles to be researched by scientists who will probably open the newest secrets of the universe. Decades will pass and this fundamental work will turn into such practical results as gravitation control or time and space manipulation, things described in fiction will become real.

Previously it already happened with plasma and liquid crystals for TV and telephone screens, lasers for medicine and semiconductors for all electronic devices – back in the middle of the previous century it hadn’t existed yet. Let us climb up. Those red caps are geospatial markers used for motion control. Structural plan of the object. Factory ring length is only 800 meters but it’s not only about the size but also about the accuracy of results detection.