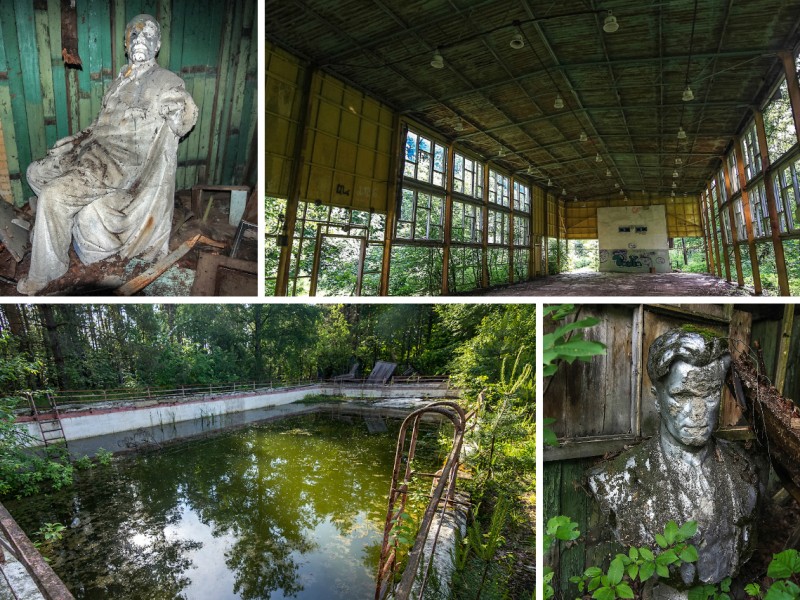 We have here an abandoned Soviet place for kids. A lot of the large Soviet factories had those compounds around the big cities, or if the company was really big and “rich” – right at the Southern coast of the Black Sea. They were sending the kids of the workers during the vacations for free to have fun and rest. A free summer camp and stuff. However, now a lot of these places lie abandoned. Especially the ones that are not on the coast. The ones on the coast were quickly acquired by private owners and now are premium hotels, etc. So let’s take a look at the photos photographer Deletant has taken while there. 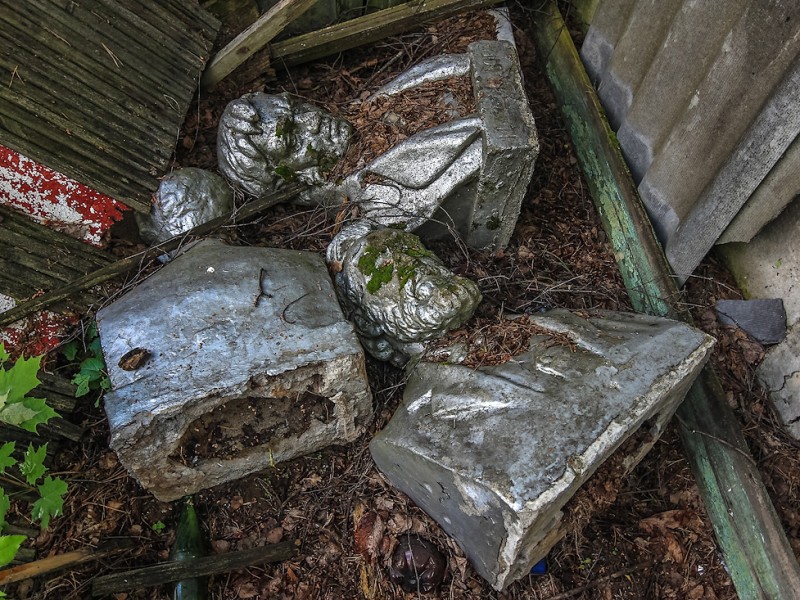 What he particularly liked in this place were the old sculptures of Russian writers and of Lenin, scattered all over the place. 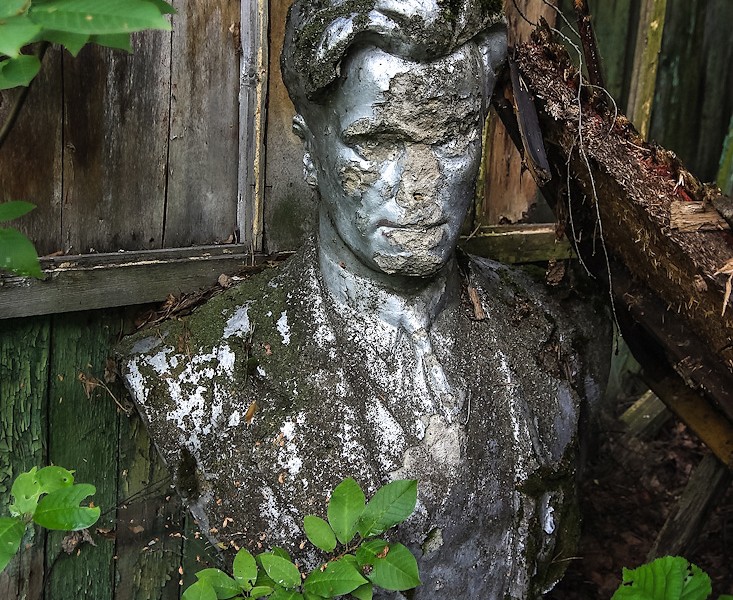 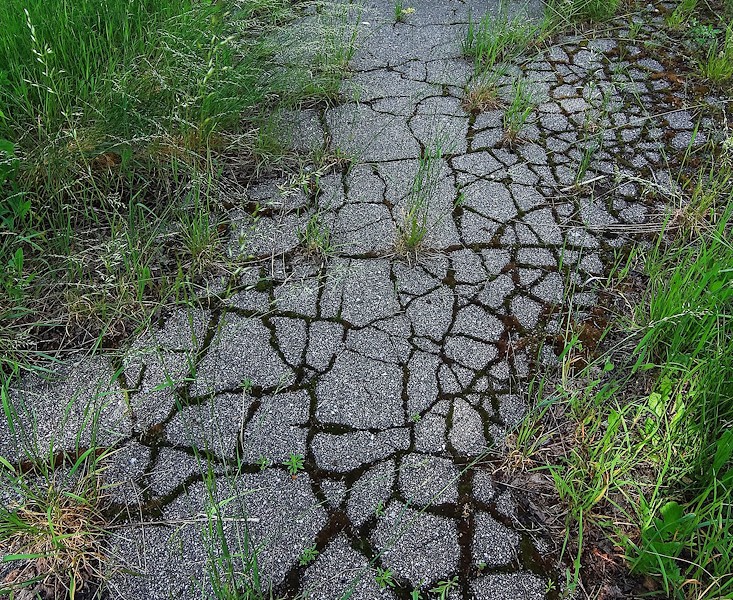 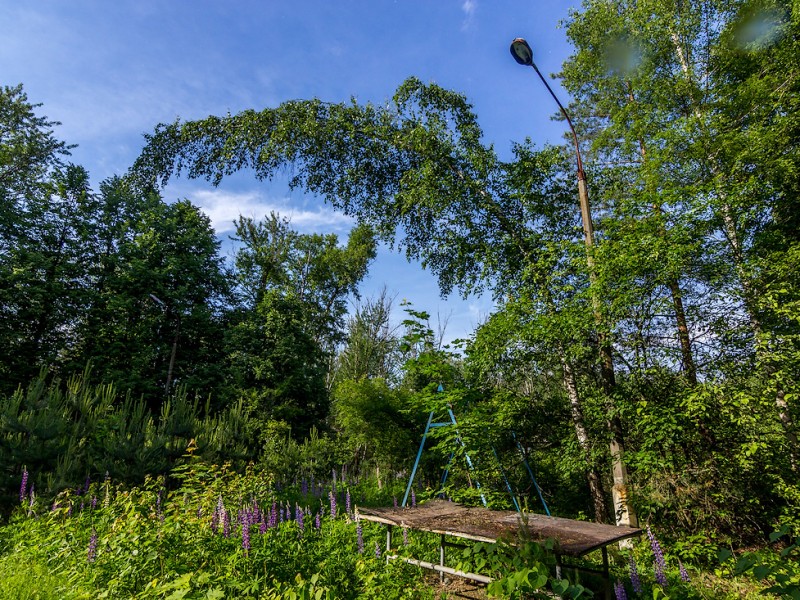 Playground and a ping pong table. 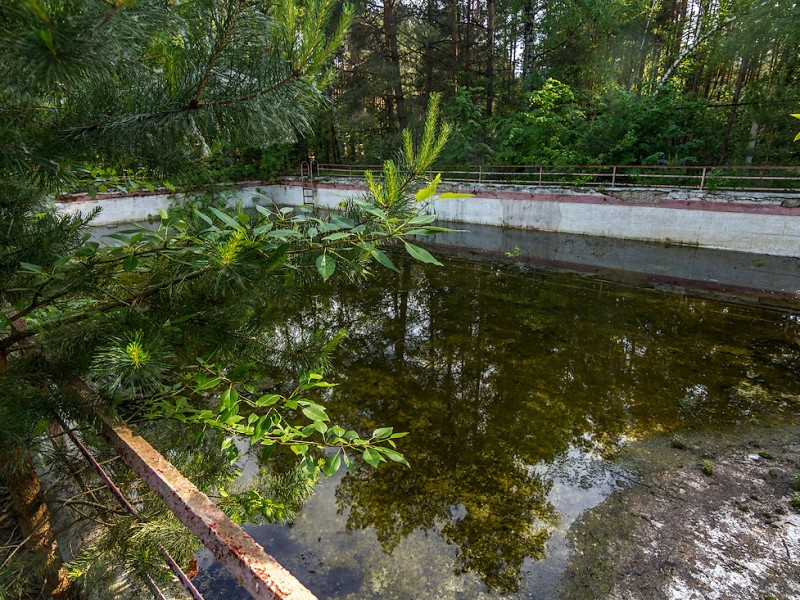 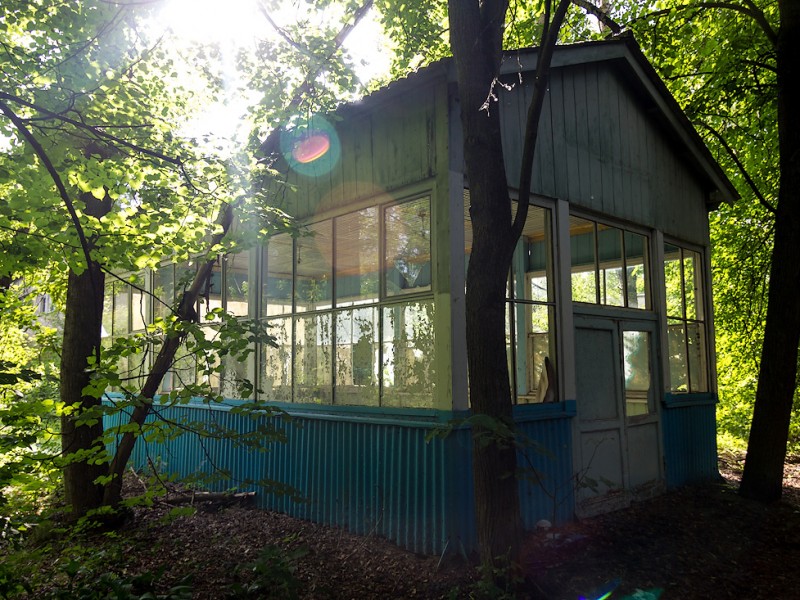 Some sort of summer house. 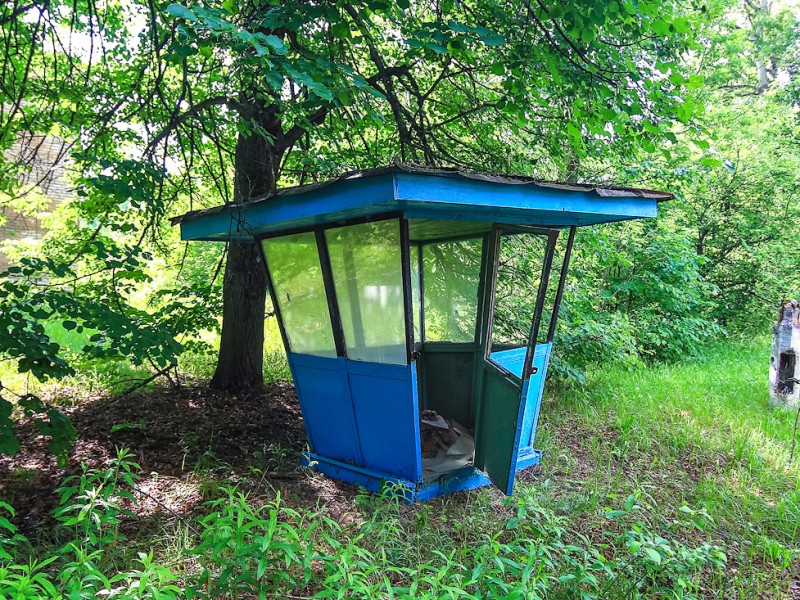 Some sort of a building. 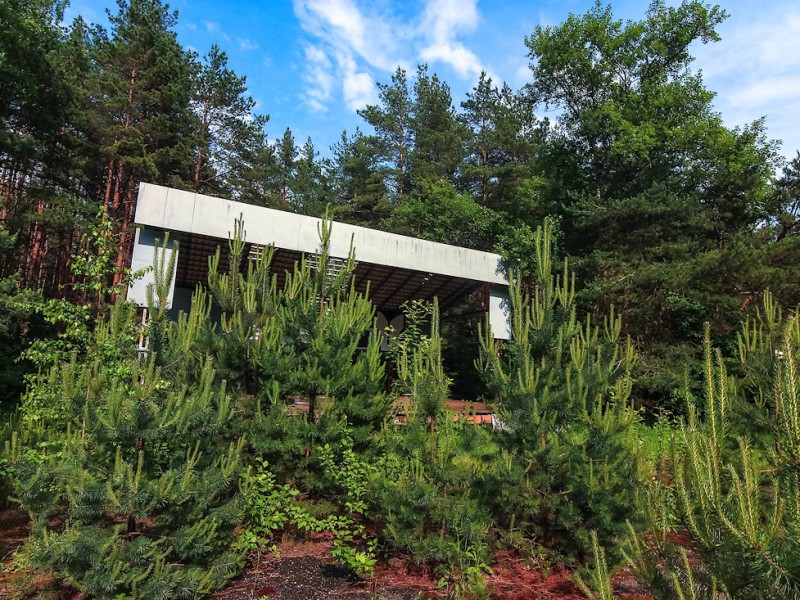 Here small trees are already growing around a building and you can see how nature is regaining what previously belonged to it. 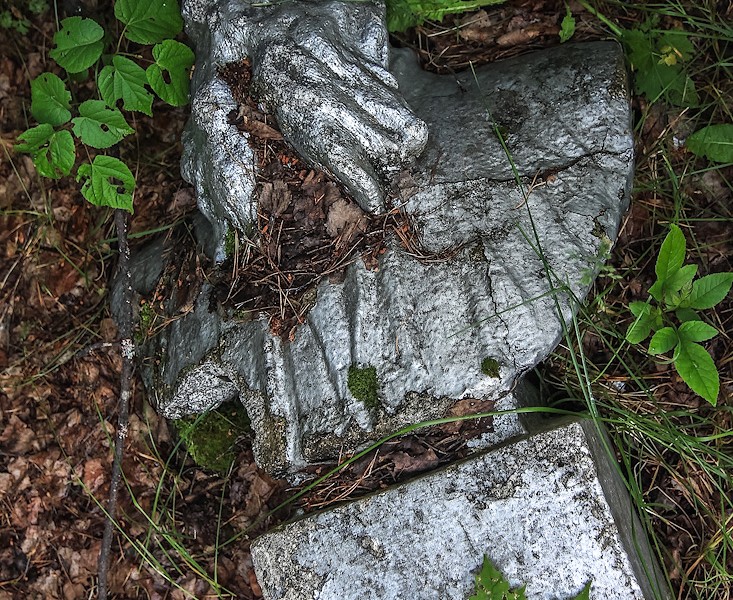 And now the sculptures. 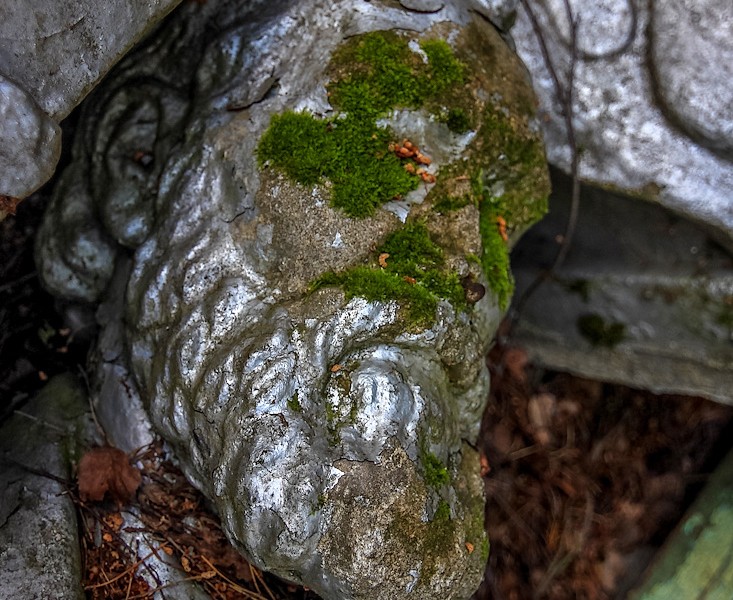 Covered with moss and dry leaves. 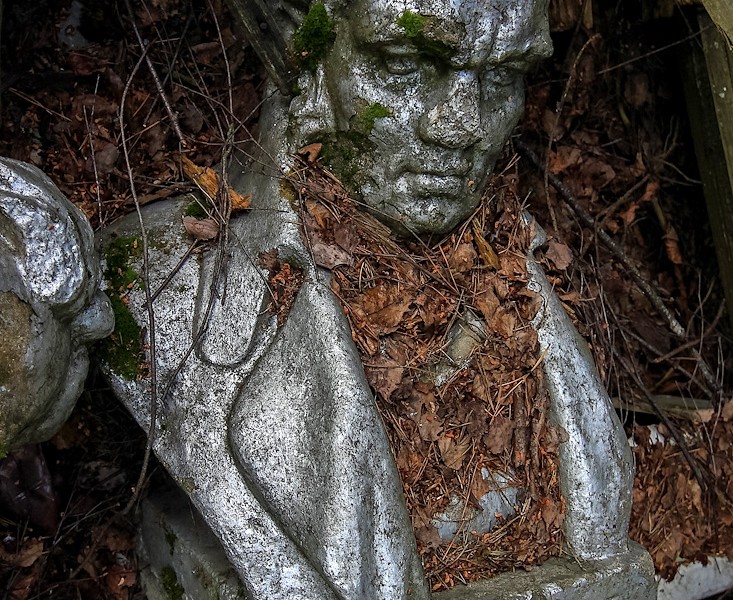 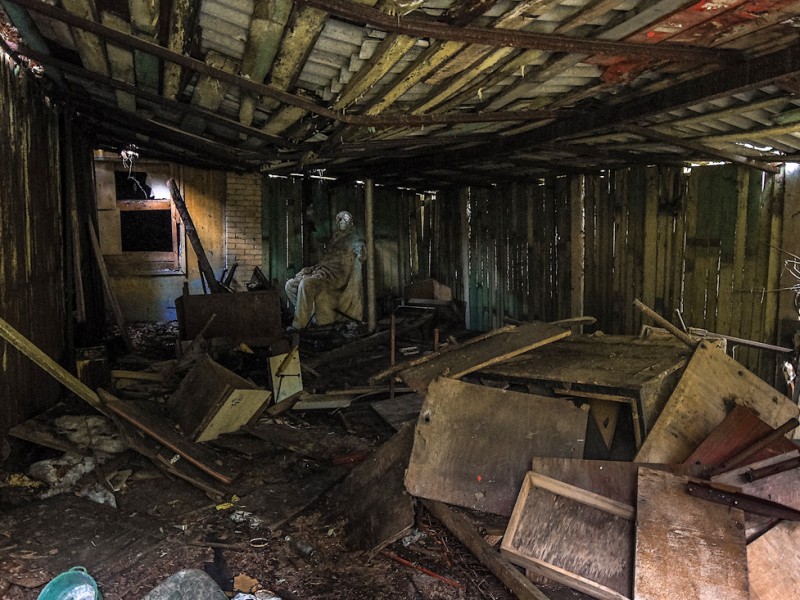 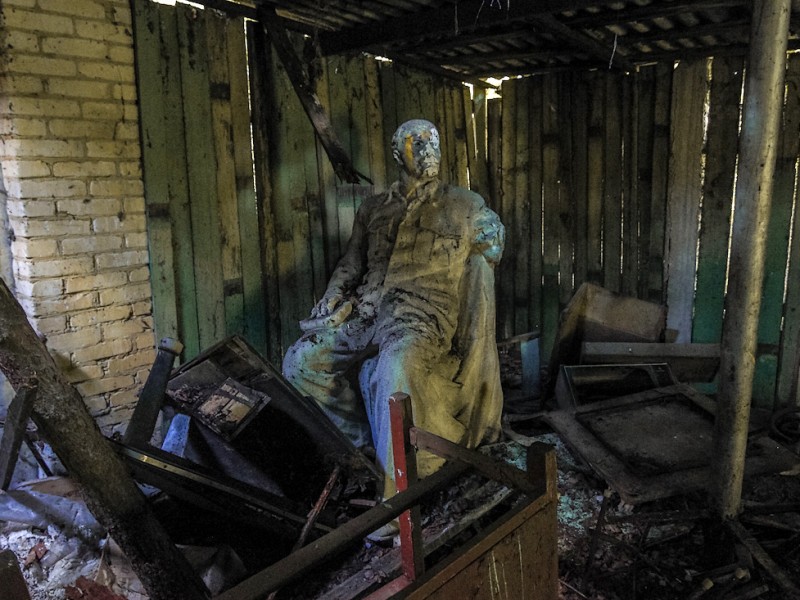 Hope you liked this little trip. Soviet kids were pretty happy getting all this for free, far from the big cities, all by themselves, having campfires, walking around the woods and swimming in those pools, now it’s all gone!

Thanks to Deletant for the awesome photos.