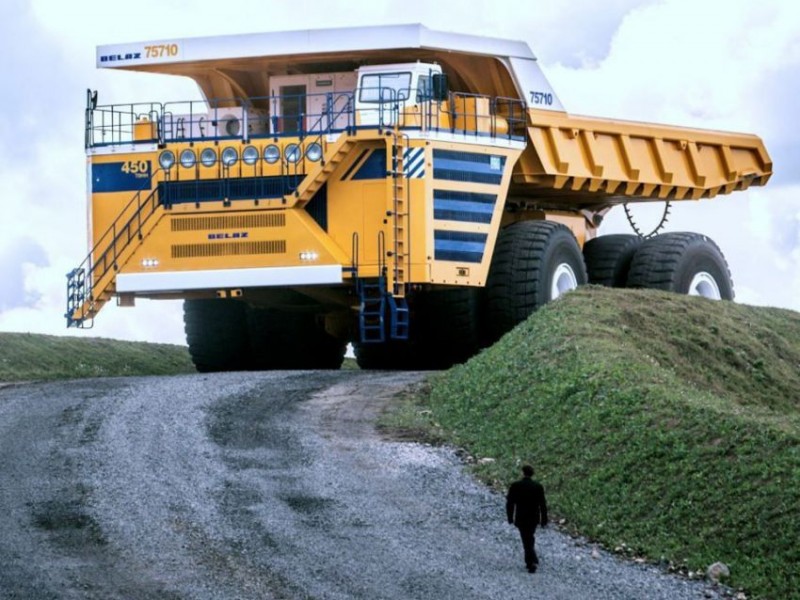 Belaz trucks are giant Belarussian (previously Soviet made) trucks that are used to transport large amounts of iron or other ore in one trip. They come in a few versions – the smallest and lightest trucks weigh 70 tons! The biggest Belaz is huge and weighs 360 tonnes. Like the one on the picture above.

Now let’s come inside and see more of these metal monsters and also see what happens when some of them back up late at night and simply don’t notice a Toyota car parked behind them. 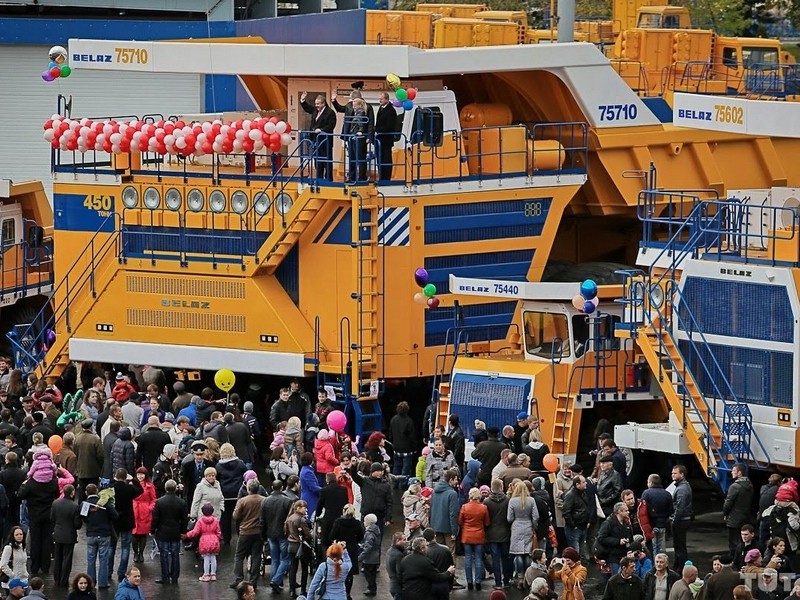 It is that huge – imagine how many people can fit in it. 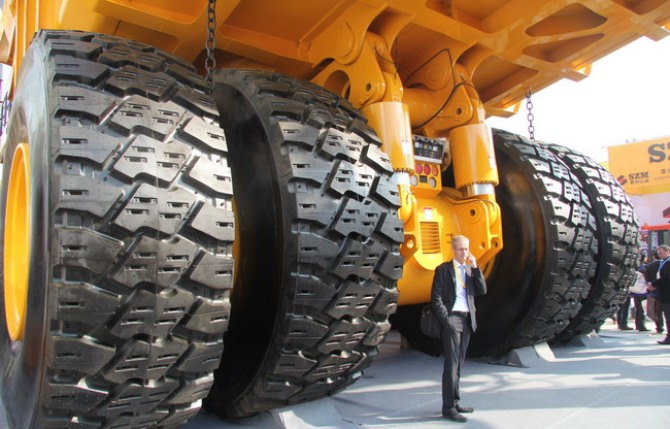 That tires are twice as tall as a human. 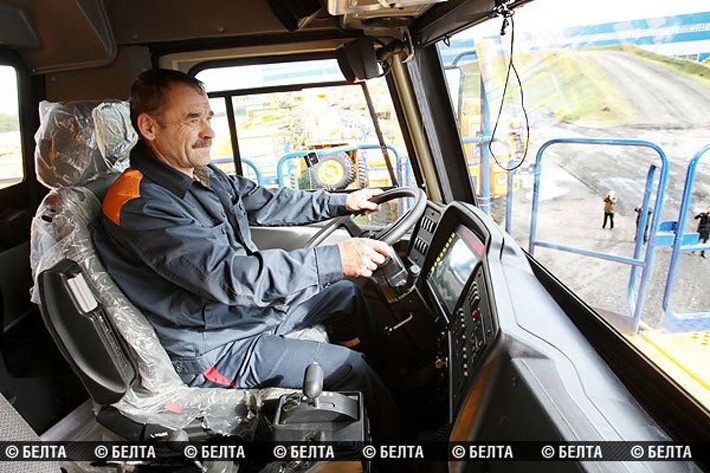 However the driver’s seat and cockpit is pretty normal. 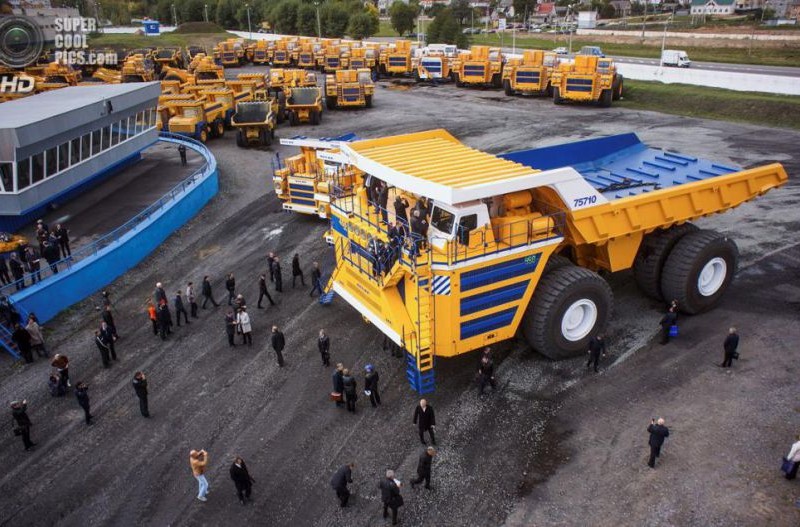 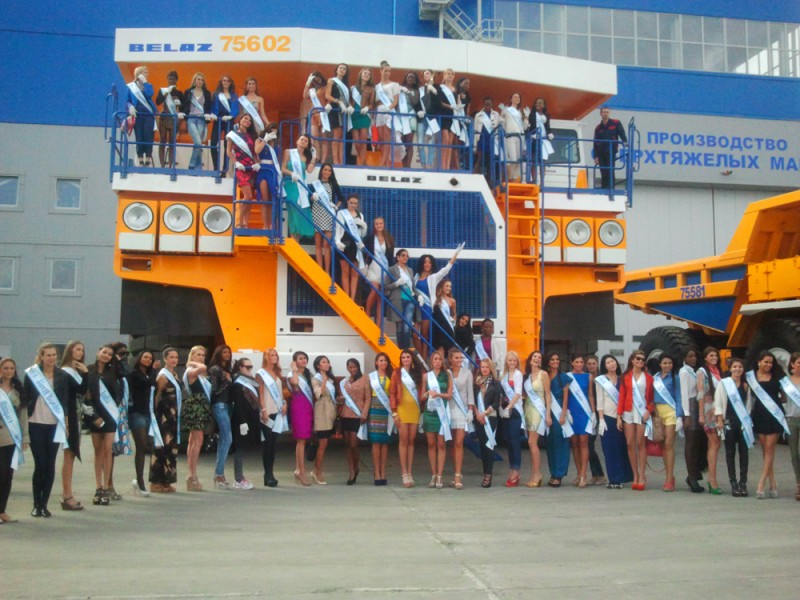 Some people go to proms in limos, but in Belarus school graduates rent a BELAZ. 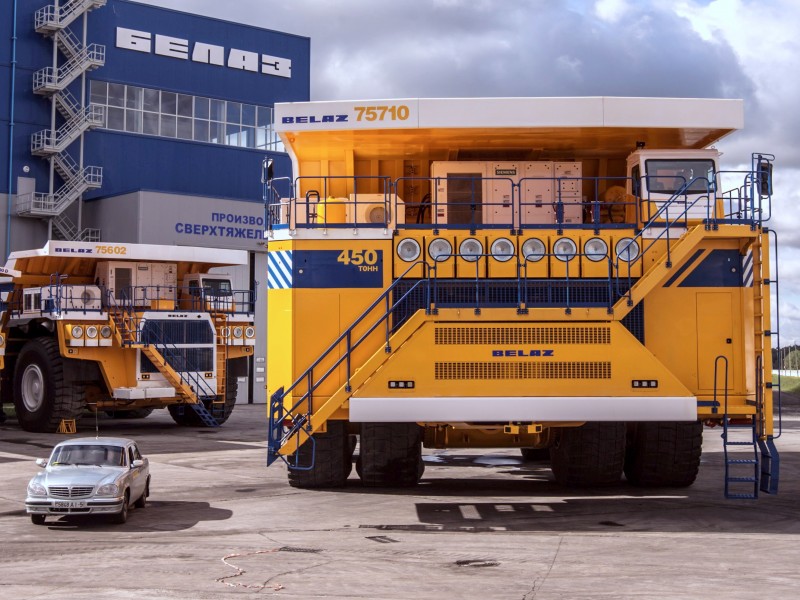 So this is its size compared to a regular car. I like those massive headlight set in the middle. Now imagine one of those reversing in the darkness of a Karelian night and what happens? 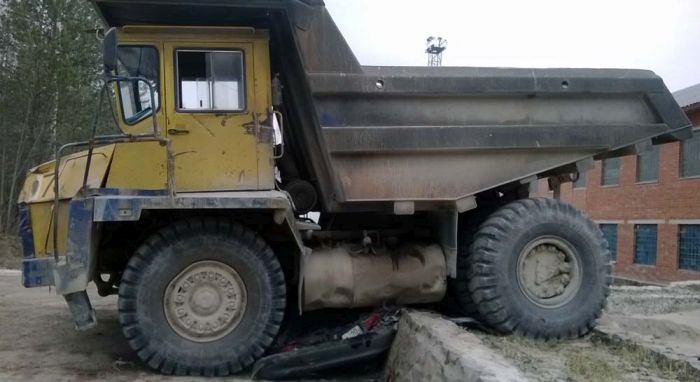 Well not exactly the huggest Belaz and not that shiny or new, but still a pretty big Belaz truck that didn’t notice a Toyota car parked behind it. And I remind you that it weighs from 70 to 360 tons. This one I think is close to 70. 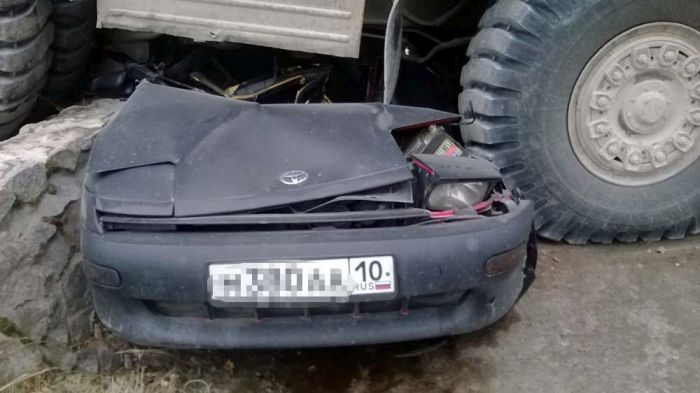 The driver drove right over this Celica or what ever Toyota it might be, in a Russian village near Sortavala, Karelia. 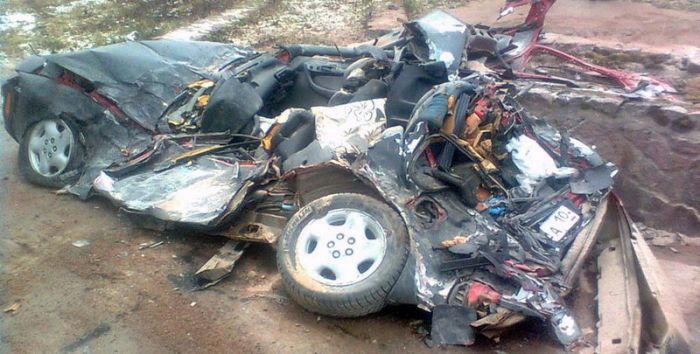 And this is the result!