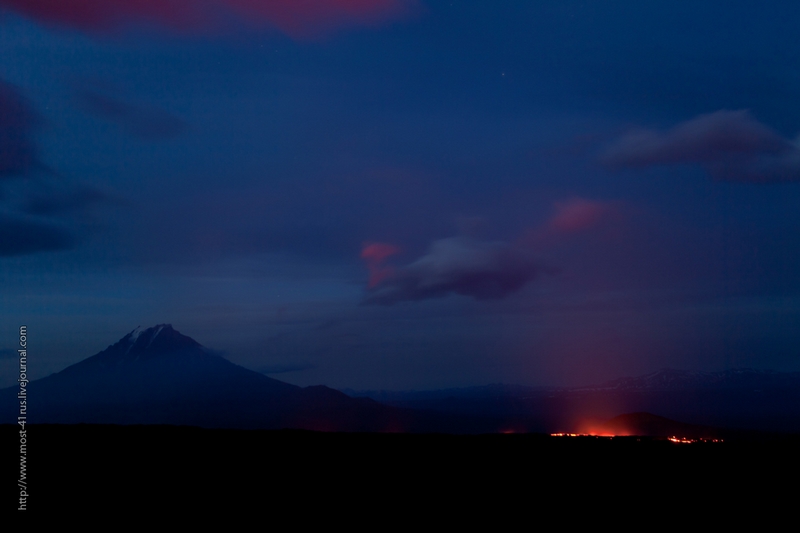 Sergei went to Kamchatka (Kamchatka again) to all those flaming volcanoes and thermal geysers valleys and took some nice photos of what he calls “Underground fire rivers” – or lava streams. Here we offer them for you to enjoy the view too: 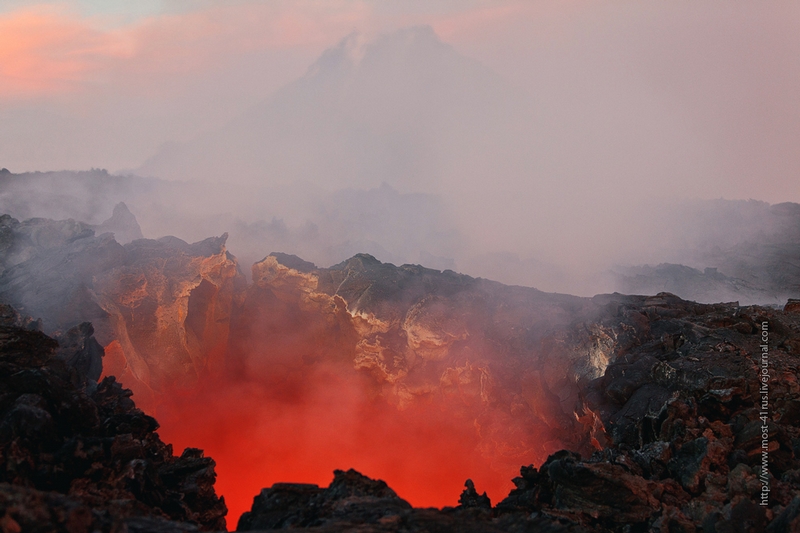 But why are they called underground lava rivers? Because they run underground before rising to the surface and starting to cool down. Those “windows” give the visitors an opportunity to peek inside: Basically, this ground is a solid rock field, called a lava field. But from time to time sinkholes appear in the ground because there is a cavity underneath and lava floats. So this holes become the windows to watch the movement of an underground lava stream. And they say the show is pretty enchanting! And this place in the photo is where the lava comes up to the Earth’s surface. Lava becomes cold very, very slow. Sergey says that he heard locals say that lava that came out from the mountain in 1979 became cold enough for the winter snow not to melt on them only in the year 2000! It took over 20 years to cool down. Tourists are attracted to this place. And its understandable – you don’t even need to travel abroad to see the nature in action.

And thats it! Hope you enjoyed it! And I must say a big thanks to Sergei for his trip and photos!