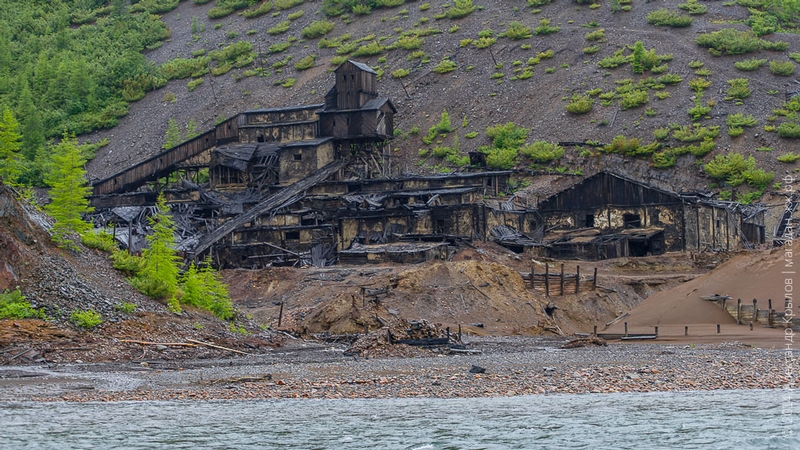 These are lands where a lot of mining businesses operated during Soviet times and prisoners worked there. Gold and pewter was mined. At first, pewter was imported from England, then later they decided to mine it locally, so these popped up across Siberia. Sometimes in pretty far away places. Alexandr says he had to travel over 1300km with his dad to get to this place. Inside we can peek into their adventure. That’s the UAZ car they used to travel. Most of the facilities they visited were a part of GULAG. He says that most of the roads were left unsupported for over fifty years but are still in a pretty good condition. A lot of concrete bridges cross the forest rivers. However some places have got some pot holes, which require you to leave the road and pass around them, like this one. A landscape without trees is not natural for these places. Most of the trees were destroyed to be used in the construction of the mines and getting them warmed up. He couldn’t pass some bridges at all. So they had to find a way through the wilderness. Which brought them again to an unpassable place. Finally, they found a way through and arrived at an abandoned pewter mine. Those are the pieces of the wheelbarrows that prisoners used to transport the ore. Most mining was a manual affair. This place stopped operations in the year 1951. Hoped you like the nature, the place and the trip of Alexander, kudos go to him for the photos!