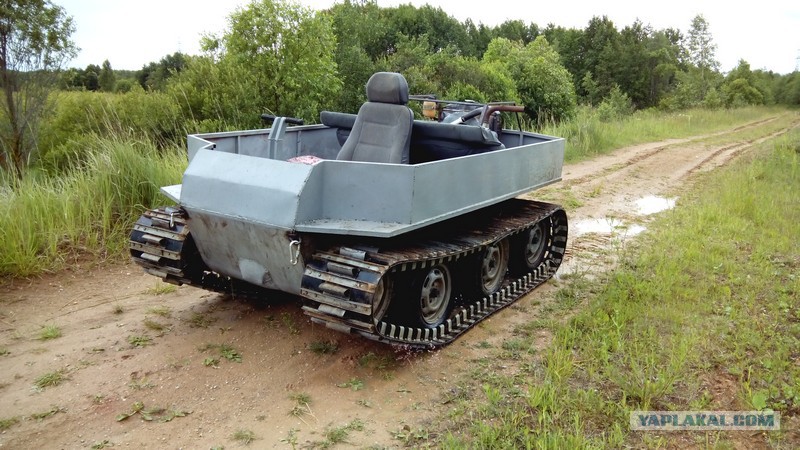 When people on the West build drones and other cool mechanry this guy from Russian South West has made a tracked vehicle for himself, basically a large tracked armchair to travel around. The parts were used is an old Lada car (it’s engine wheels and some other stuff) the conveyer belt and a seat. How did he built it and how it moves we can see inside of this posting: 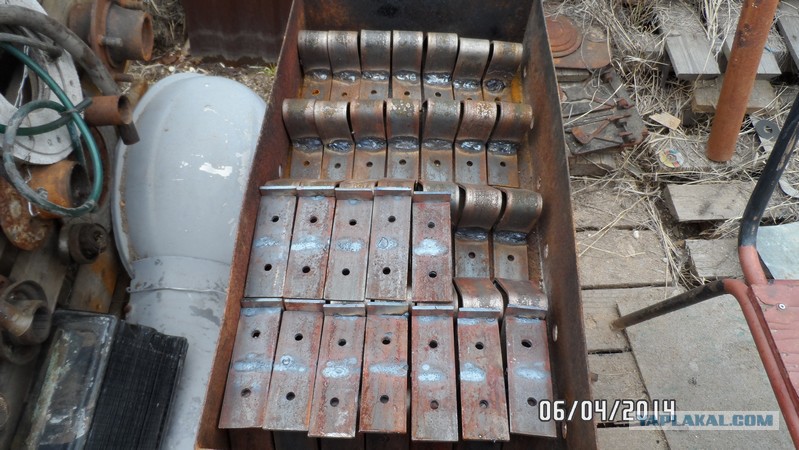 So these are the tracks, basically. Caterpillars. One hundred forty of them and two hundred eighty connecting parts. 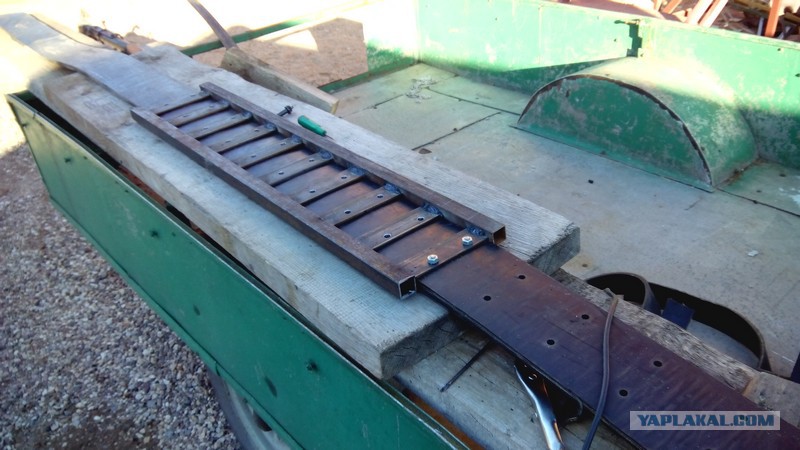 The conveyer belt holds them all. 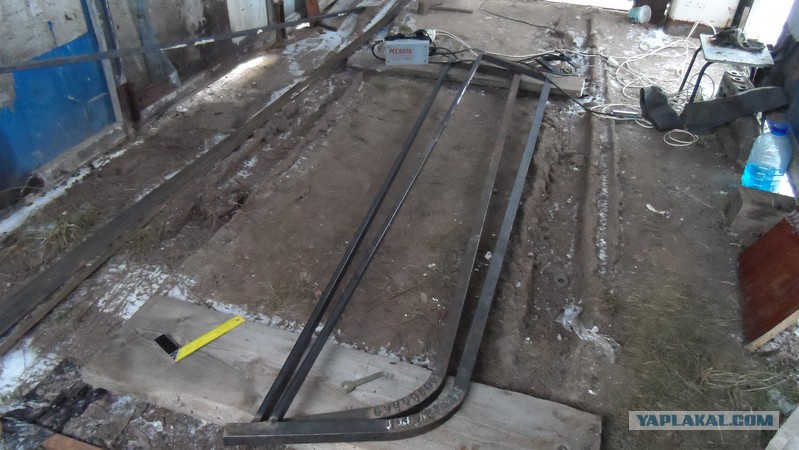 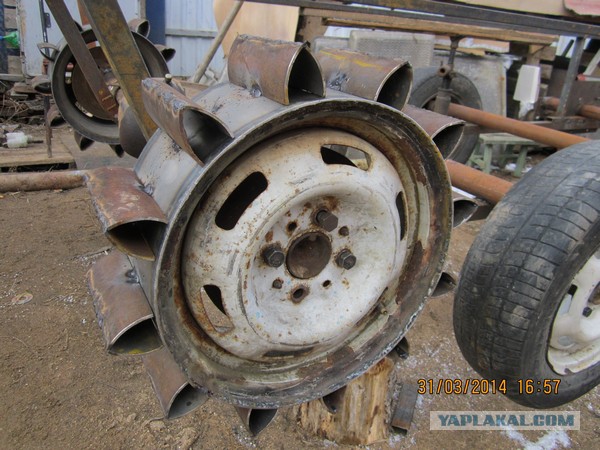 A gear to rotate the caterpillars. This vehicle basically has an engine and transmission from the old Lada 2108 “Vosmerka”. The wheels are from it too if judging by the rim design. 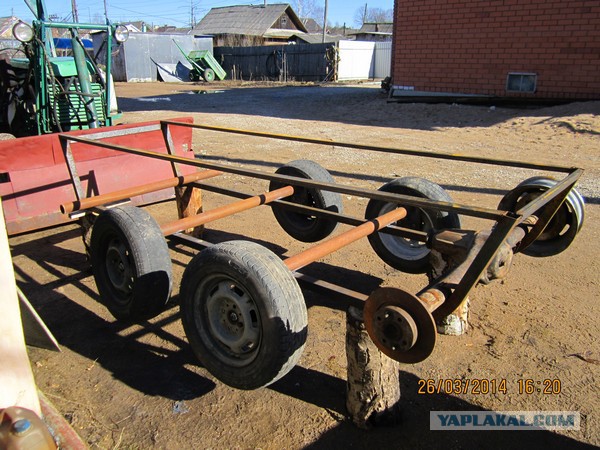 Looked like a towing trailer initially. But it is not. 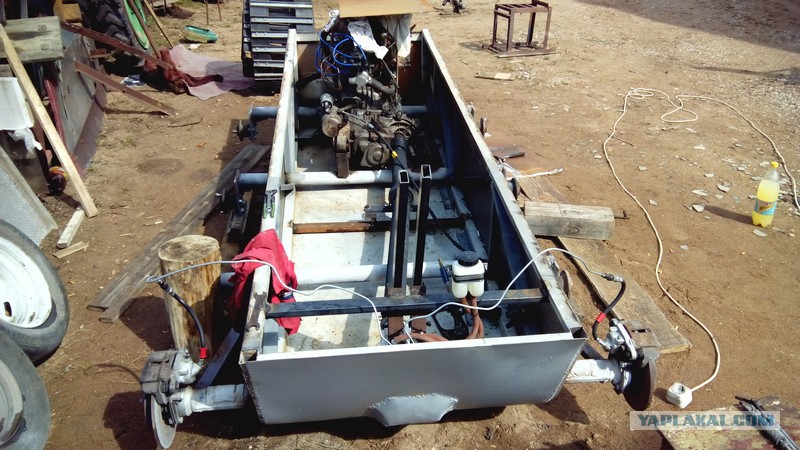 And engine and parts of transmission. One can see an already assembled track on the background. 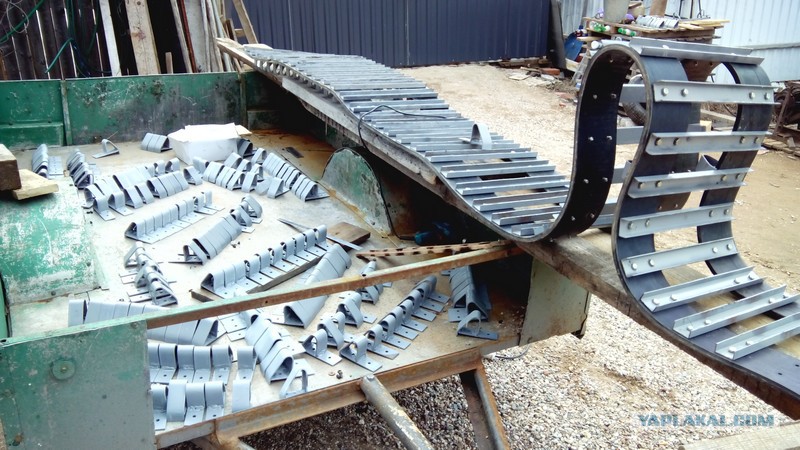 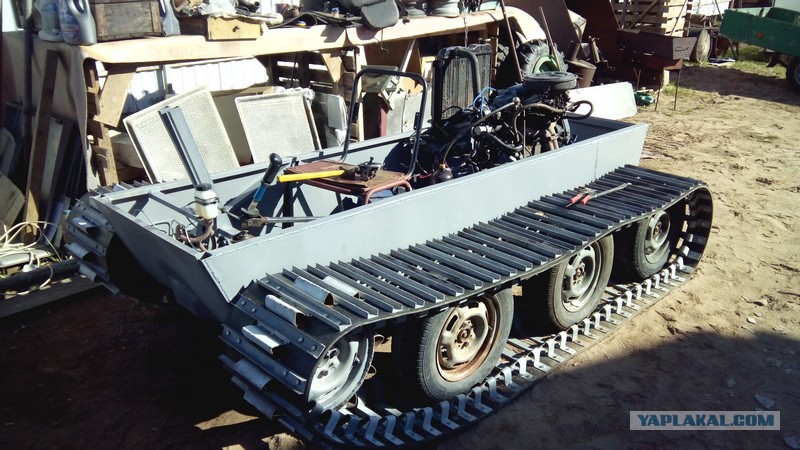 And here we go, it’s almost looking like a tank now with the wheels from a passenger car. He even didn’t remove the tires off the wheels. Cool. 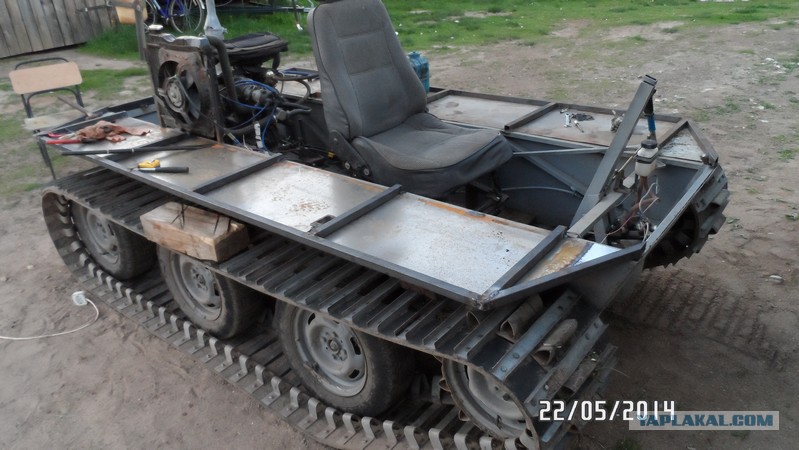 So the guy must be an individualist type. See how he mounted just ONE seat in the middle (I bet he could find a space on a side or behind for the second seat but he never cared). This makes this look like a personal transporter, imagine a supermarket scooter but for the fields. It’s getting even more hardcore with the framings and some parts around. Please notice another Lada car on the background probably in fear of not being disassembled for another unit of tracked armchair. 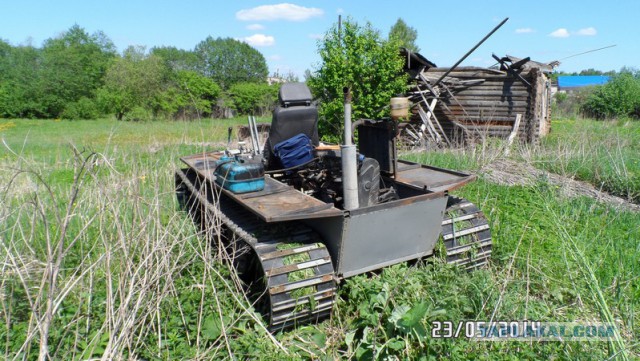 So before building a frame he went for some field testing. This abandoned wooden construction probably belongs to the guy too but he decided to sacrifice his time and effort for the tracked devices instead of finishing some boring wooden house. And finally decided he needs a windshield and lamps. 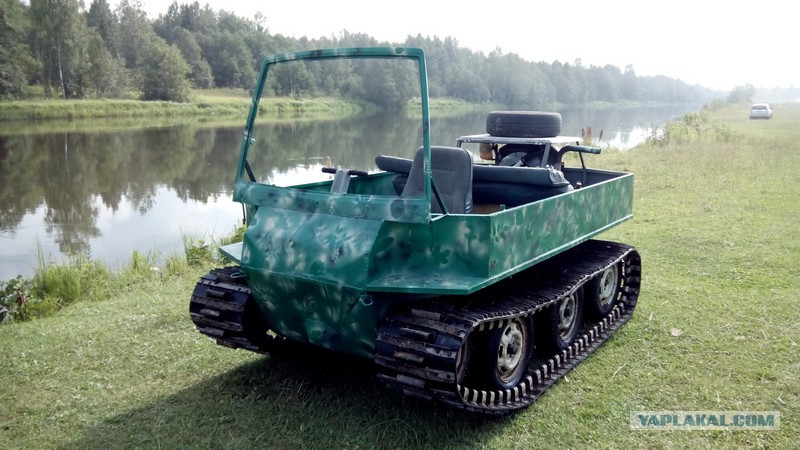 And a capo paint. And a spare tire on the rear. Also please note the beauty of Russian nature on the background of this shot. Ok so here we have the finished version. No reg. plates (besides the ones on the wall) but who needs them in the fields. Also there is a wiper on the windshield so probably its up and ready for the voyage now.

Oh and I almost forgot, here is a video of how this things roams thru the local bush:

Also as you may have noticed the tires of this thing are inflated and so if it pops a tire this is what happens: 9 thoughts on “Tracked Gadget Made from Scrap and Lada”