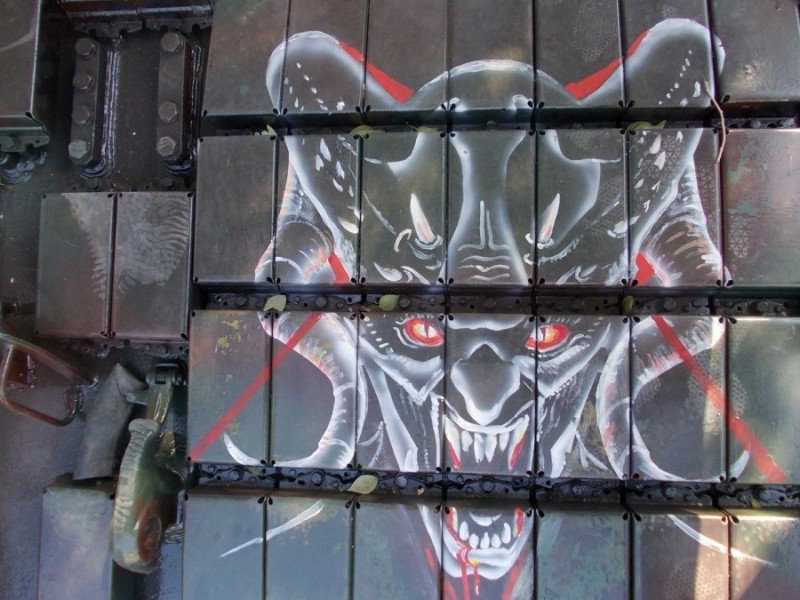 “Demon” or “Bes” in Russian, that’s what one of the fighting sides in Ukraine calls himself and his group, the Demon’s Regiment. And this is their tank, probably captured in a fight. They did some paintwork to express themselves and we can see some of the artwork in the photos here. As you already see, the armor has a large painting of a demon-like creature’s face on it. What else is there? 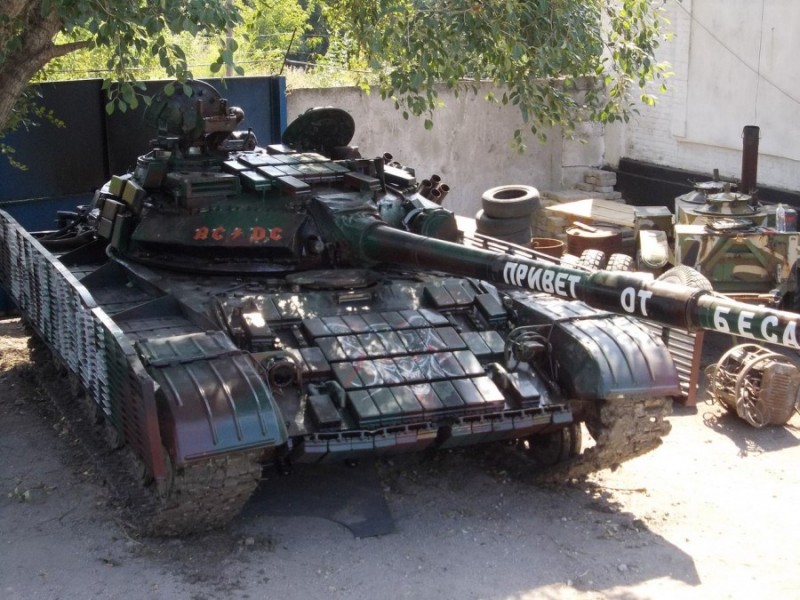 Seems like it has a slogan “Hello from the Demon” on the gun. 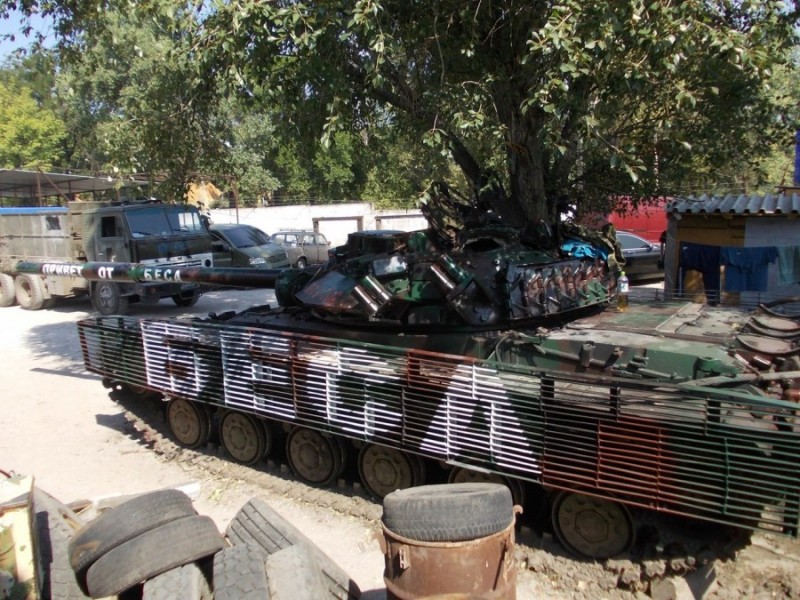 And a large inscription “Demon’s Regiment” on the sides. 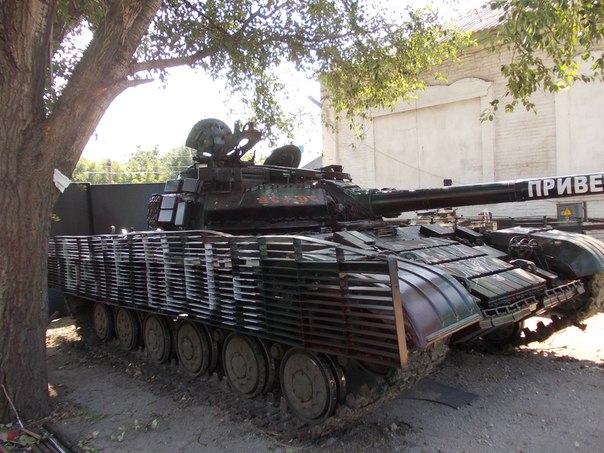 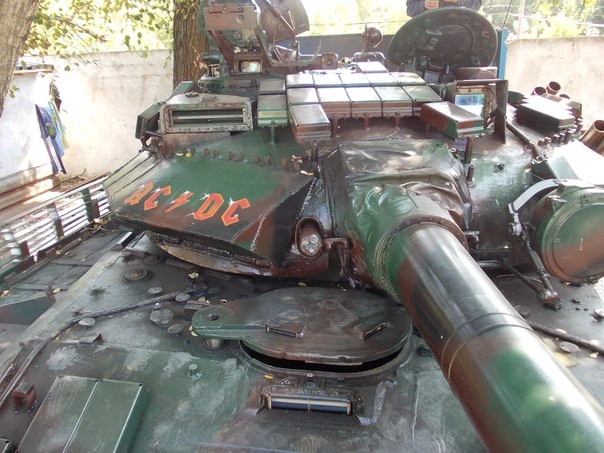 Also, it looks like the demon is an avid fan of AC/DC, the band. 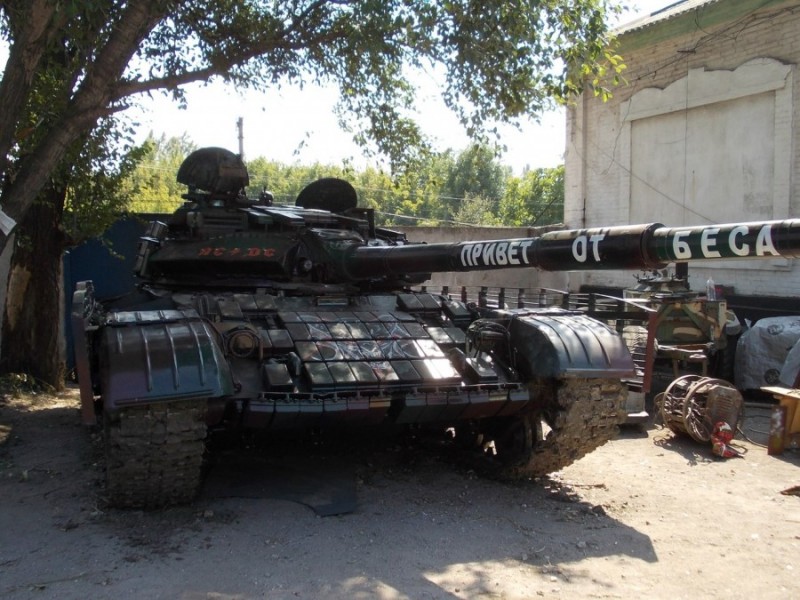 So that’s how they roll.

I recall one Chechen man was asked when it was hot down there: “Are you terrified by what’s going on in Chechnya?” and his response was something like: “No, why should I be? I get beer, we have women and we even have our own very personal war outside so we can express our courage. What else does a man want?”. And looking at this tank it seems that men have common thoughts all around. Or would it be better that they dream of making a career in a bank?

24 thoughts on “The Demons Tank”