The impact of a Soviet multiple launch rocket system BM-21 “Grad” can be really destructive. Just check it out. Remains of a 122 mm projectile from “Grad” and the destroyed combat vehicle. “Grad” is not the best weapon for cities with civilians. These are dwelling houses in the Maryinka suburb of Donetsk. Fire cause by a “Grad” hit, Shakhtersk. Shakhtersk. Upper storeys are the worst place to hide when a “Grad” is shooting… Multi-ton turret destroyed by the impact of a “Grad”. Tank armor does not offer much protection from “Grad” either… Perfect hit on the target, the crew probably didn’t survive. Target hit may contuse crew members and destroy electronics. The same will happen if two projectiles burst close to a combat vehicle. Even ten meters away from an explosion the equipment gets destroyed with its crew by high temperature. This is what usually happens when at least one projectile of “Grad” explodes nearby. Aimed fire of BM-21 leaves earth fully scorched, in a moment it may destroy a column of armoured vehicles…Â Destroyed combat vehicles, their bulletproof armor is useless against the explosive shells of “Grad”.Â 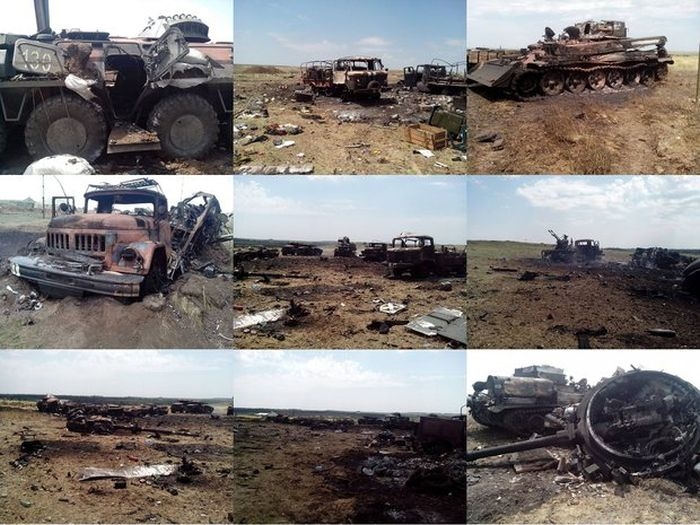 It’s not an alien invasion, it’s a real war happening today. There is no hiding place that can protect from “Grad”.