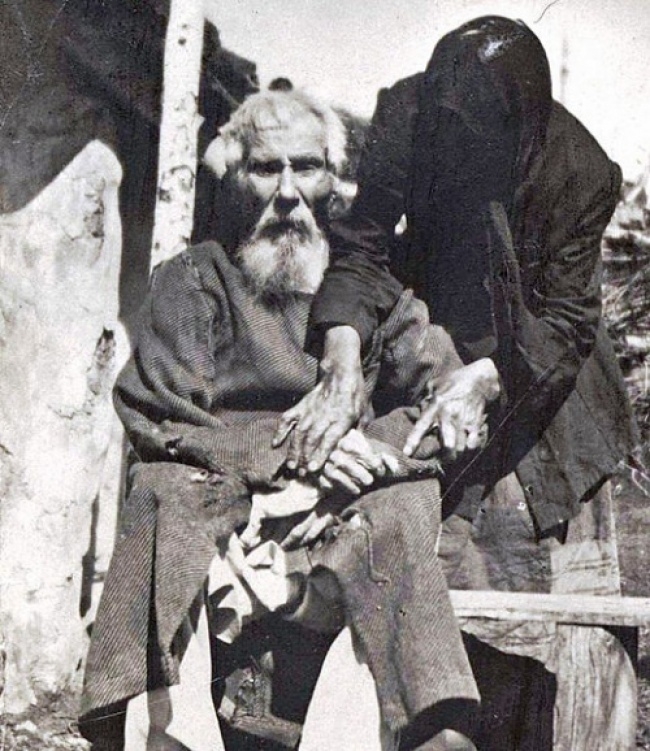 These are a few interesting images of veterans and witnesses of the Patriotic War of 1812, who lived to celebrate the 100th anniversary of the Battle of Borodino. Russian long-livers, so to say.

In the image above is Pavel Yakovlevich Tolstoguzov, aged 117. Participant in the Battle of Borodino in 1912. These people are witnesses and participants of the Battle, aged from 107 to 122 years old! Princes John Konstantinovich (on the right) and Gabriel Konstantinovich talking to the witnesses of the Patriotic War of 1812 at the house of disabled people. Borodino, August 26, 1912.