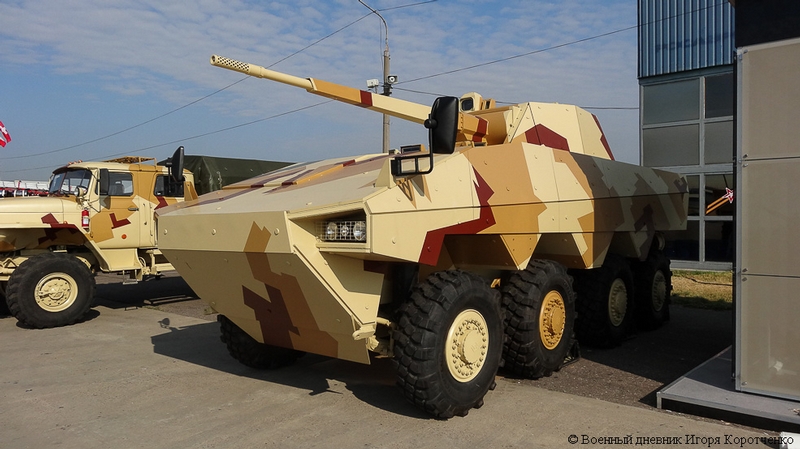 Photos from Oboronexpo 2014 (exhibition of armament in Zhukovsky, Moscow region). 212 Russian and 8 foreign companies took part in the event.

On the picture above is a full-scale model of a heavy wheeled infantry combat vehicle “ATOM” developed by specialists from Nizhny Novgorod, Russia, and their French colleagues from Renault Trucks Defense company. The vehicle is intended for transportation of infantry units, to conduct a battle while its driving, to support off-mount gunners. The vehicle has a good cross-country ability and eleven seats. Speed is 100km/h, armament – machine gun with a firing rate of 120-140 shots per minute at a distance of 6000 meters. 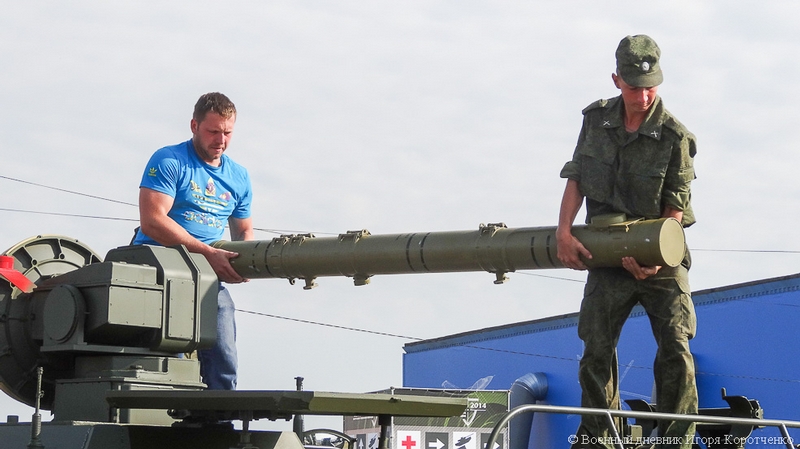 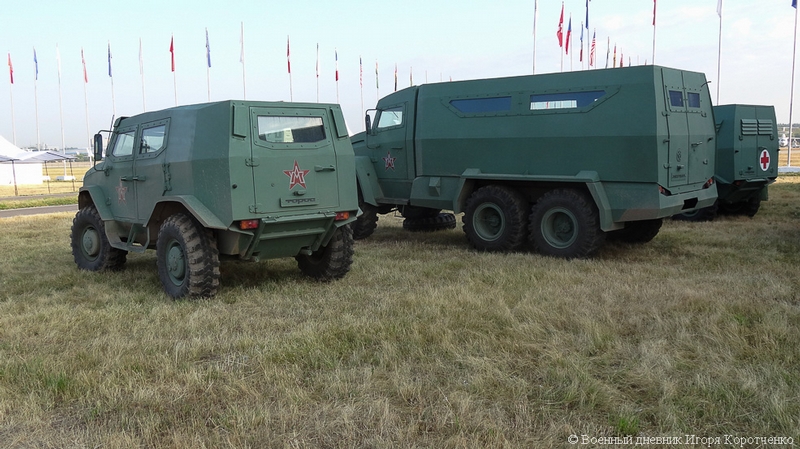 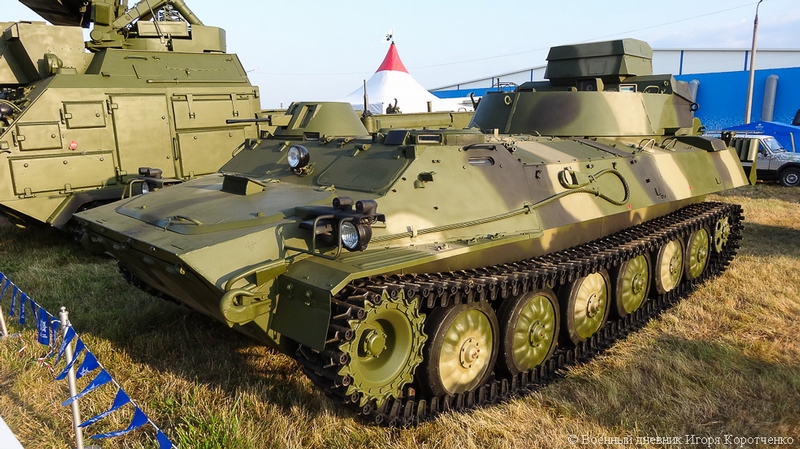