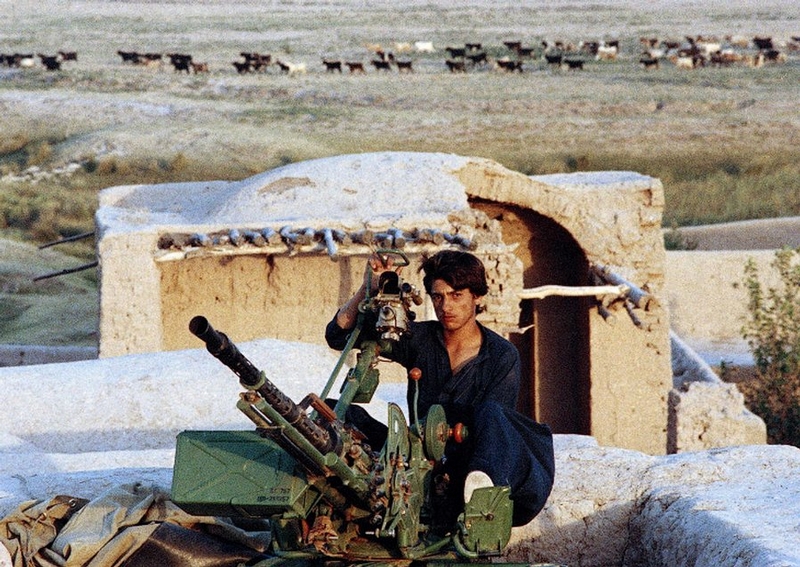 Afghanistan has always been a key to Asia and in all times it was becoming a center of geopolitical interests of different empires. For centures they made attempts to conquer Afghanistan, they located communities and sent military advisers there. Thus, in 1979 it was the Soviet troops that entered the country. Pictures of that ten years lasting mission are presented below in the post. Muslim rebels with AK-47, February 15, 1980. Notwithstanding the presence of the Soviet and Afghan governmental troops, the rebels were patrolling the mountain ranges along the Afghan border with Iran (AP Photo | Jacques Langevin). Soviet troops on their way to Afghanistan in the mid 1980s (Georgi Nadezhdin | AFP | Getty Images). Muslim rebels in the vicinity of Kabul, February 21, 1980. At that time they were attacking convoys moving from Pakistan to Afghanistan (AP Photo). Before the withdrawal of Soviet troops in 1988 Mujahids had never managed to arrange any big operation or occupy any big city (AP Photo | Barry Renfrew). Exact number of Afghan victims in the war is unknown. Generally it is presumed that 1 million Afghani died (available estimates range from 670 thousand civilians to two million in general). Curious enough, but according to the UN information on the demographic situation in Afghanistan mortality in Afghanistan reduced in the period from 1980 to 1990 compared to the previous periods. Soviet soldiers are leaving an Aghan shop in the center of Kabul, April 24, 1988 (AP Photo | Liu Heung Shing). 800 million dollars were taken from the budget of the USSR annually to support the government of Kabul. Mujahids ten kilometers from Herat are waiting for a Soviet convoy to show up, February 15, 1980 (МAP Photo | Jacques Langevin). Afghan firemen with a girl who died in the result of a powerful explosion in the center of Kabul, May 14, 1988 (AP Photo | Liu Heung Shing) When the Soviet troops left the country, the situation on the Soviet-Afghan border became much more complicated: the Soviet territory was attacked in multiple ways.

10 thoughts on “Soviet Mission In Afghanistan”