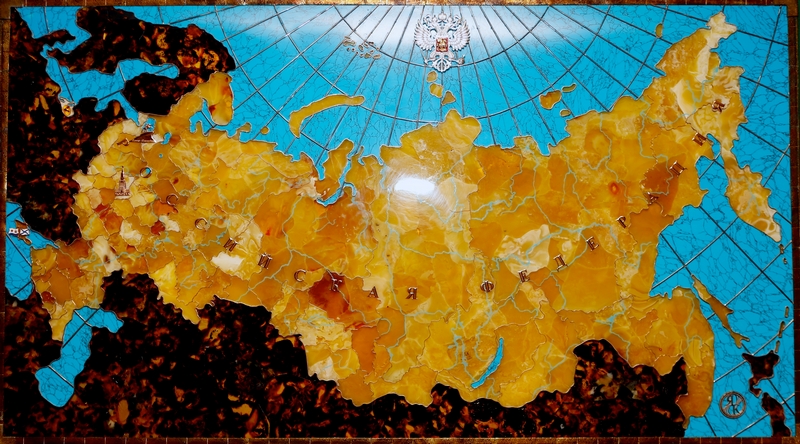 There was already a wall-sized map of Russia made of gems posted here, and here is something else – Russia made of amber. There is a factory in Kaliningrad – which was a former Nazi Germany Amber factory and later was converted to Soviet Amber Factory and now it is a privately owned Amber Factory and they came out with this project to make something of Amber to stress the fact that Russia has 90% of known amber deposits in the world. So according to the story they hired twelve artists to make this project happen in size of 4.5 square meters. Those golden colored borders separating Russian regions are also made of polished amber. The letters and the badges of cities are from amber too. 2 thoughts on “Map of Russia Made of Amber”