In Moscow embassy of Vietnam a party for Russian army veterans was held. It seems to be an annual event when representatives of Vietnam invite Soviet soldiers to thank them for their help during the Vietnamese war. It’s being held on fifth of August, the day on which it is said that the first American plane was shot down in the Vietnam skies. Vitaliy, the blogger, has had a chance to get inside this event to see what was happening there. We have the photos inside. 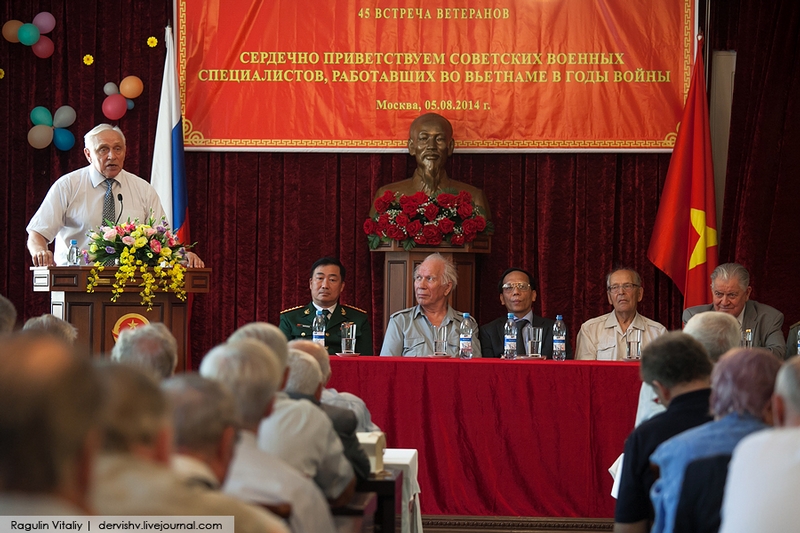 In total, they say over 11,000 Russian soldiers and officers participated in Vietnamese events. This is a Vietnamese medal that Soviet specialist were awarded. Some of the veterans know each other. In this photo, the ambassador of Vietnam in Russia greets and hugs the guests. The event was started with musical performances. Many of those present display Vietnamese awards on their chests. Some songs like “The Officers” the guests preferred to listen to while standing up. Later, they sang Vietnamese songs. Some Russian veterans seemed to know the lyrics and could sing along. Later, top officials of the embassy were present on the stage. Veterans were sharing their memories on the hardships of the service. And one big group photo was taken.