Probably, all of you guys have used public transport, right? It’s an important part of city infrastructure, it provides transportation for its citizens and communication. In the Soviet times, the most popular means of transport were buses, mostly due to the fact that not many families had cars in the 80s. People were using buses daily. Pripyat was not an exception. In fact, a bus could become another symbol of the city – hundreds of buses, brought from various parts of the Kiev region, provided transport for the evacuation of people on the 27th of April, 1986.

Before the catastrophe, Pripyat had a functioning bus station with the same name “Pripyat” that was used as an important junction point on the way from the Kiev region to the Belorussian Soviet Socialist Republic. That station, that has not been visited by public transport for more than twenty eight years, is the very place we are about to go to…. 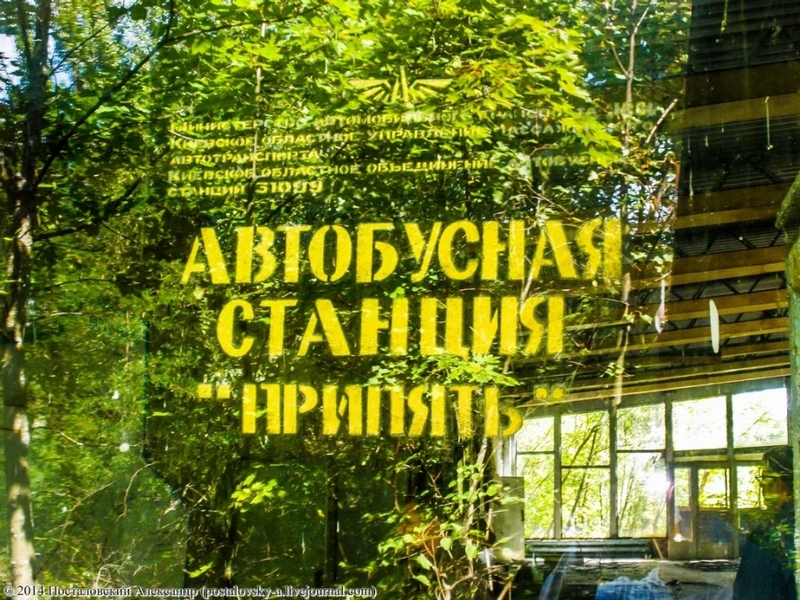 On one hand, this bus station is a famous city object, on the other one – not so many visitors come here today. The fact is that the station is located to the right of the checkpoint, it stands alone on the southern outskirts of Pripyat. To get there one has to make a stop at the checkpoint without entering Pripyat itself. You know Pripyat has so many broken windows today, surprisingly enough the glass windows of the bus station are mostly undamaged. For your comparison – the station in the 80s before the accident. Time stopped forever, but the station is still waiting… No need to check, all of them are empty.