The Russian region of Kolyma is famous for its rich gold and tin fields. Cassiterite started to be extracted here back in the 1930s when it was realized it made no sense to bring it from England when they could get it in the Magadan region. The mine named after Sergey Lazo and the Factory of Chapaev were both opened in 1940. They had big plans which were not fated to be executed. Memorial cross… This place had four camps where prisoners were living and working. Some of them were miners. This place is not inhabited today but the roads and bridges have been preserved rather well. Tall trees used to grow here, but all of them were cut down for construction and heating by those very prisoners. How can we move forward?? Luckily, we manage to find another way. The hill is often visited by geologists looking for an ore-bearing vein. Here it is – the concentrating mill named after Chapaev. It was built close to the mine of the same name to simplify the process of treating the ore. In the 1930s they did not extract much tin and gold, and it was brought from England. Here in Kolyma, they finally found the big deposits of cassiterite containing from 6 to 42 % of tin. Its quality was much better than that of what was brought from England. That is why they started building the mill. They say nobody who extracted cassiterite here ever returned alive… This mine was the one to frighten people.

Those camps were inhabited by thousands of people… Prisoners were brought here from all over Kolyma. They had a lot of work to do, and first of all they had to build a bridge… Those people were working in a cold season. They needed a lot of timber for construction so many prisoners were involved in timber harvesting. Political prisoners (party workers, lawyers, teachers, journalists, military men) got the dirtiest and hardest job. Some instruments can still be found in the area. Probably this nail was forged here too. 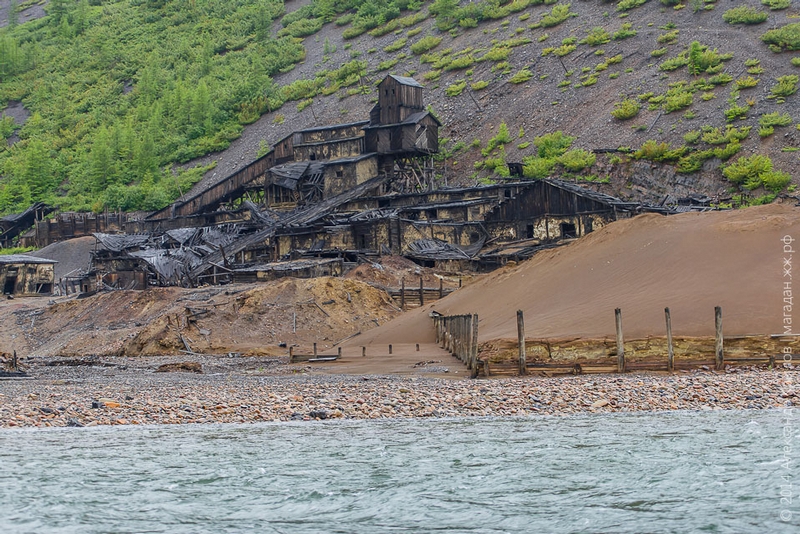 What is this one for?