We are back to the museum of air forces of the Russian Northern Fleet (Safonovo, Murmansk region) to visit its hangar occupied by engines, armament, blades and other interesting stuff.

In the image above is a PM-6 target. 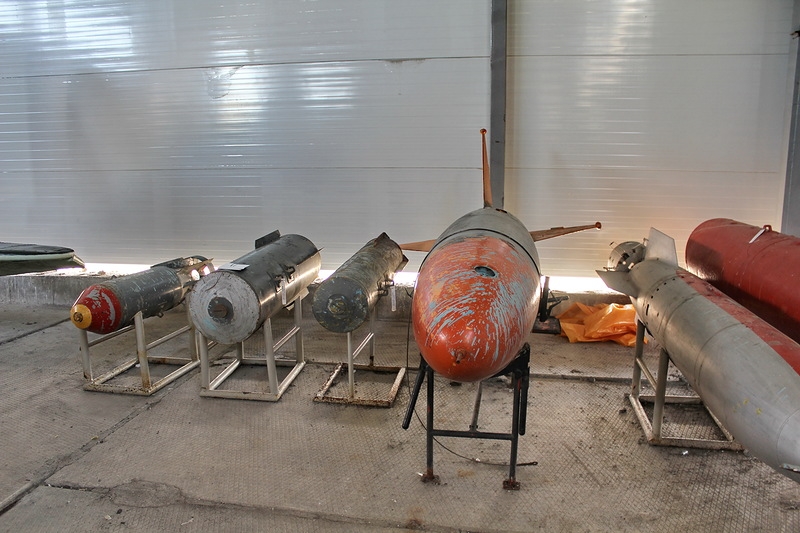 The second thing from the left is a candlebomb SAB 250-200А. Under IL-4 aircraft is an aerial torpedo 45-36. Maybe it was used in war time. Under the missile is a long-range supersonic anti-ship air-launched cruise missile X-22. Bombs found their place between Yak-38 and the missile. KS-10 is an air-launched cruise missile of K-10 series. (According to NATO classification – AS-1 «Kennel»). It was equipped with a blast or nuclear warhead. Some exhibits have no relevance to aviation though. For instance, this is a boundary sign from some polar border that the enemy could not cross during the entire war. Everything is rather simple. General view of the truck. Ju 87 is a former exhibit of the Safonovo museum, today it is located in Тechnikmuseum Вerlin. An article about the aircraft in English.