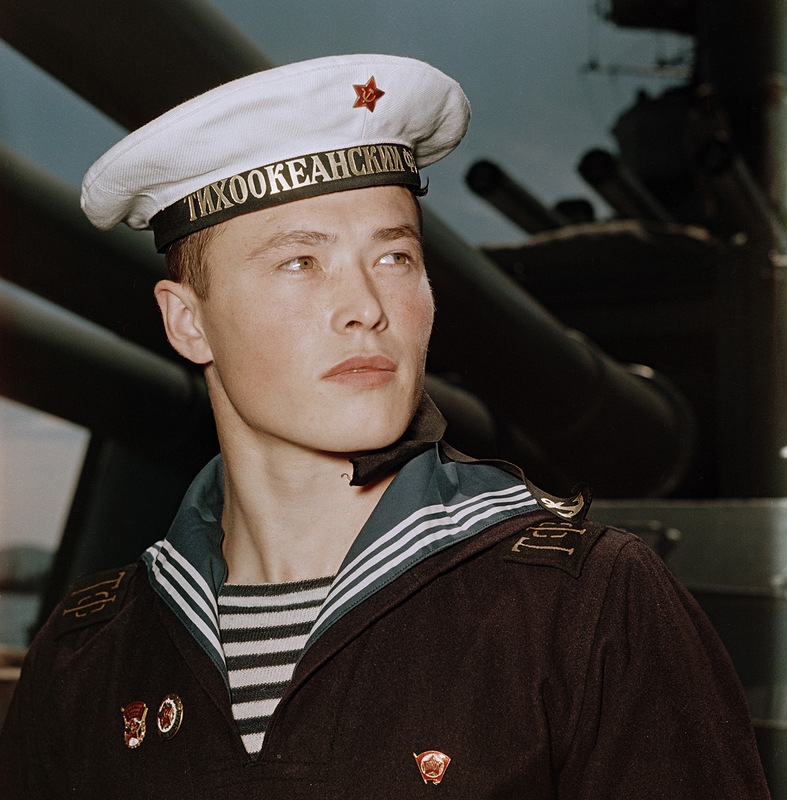 Semyon Fridlan was a Russian photographer that worked at the state owned magazine, OGONYOK. He was a photographer who had the chance to travel to numerous Russian places and document in color life at the time. His topics of interest were out of different spheres – he took photos of people, of the cities, of plants and nature, art pieces and trains – virtually everything he could find an inspiration in.

They said at the time that his photos were lost but then at some point in time the American (!) researchers found his photos on Agfacolor film, they scanned them and published them. Thanks to this work we can get a glimpse of a country sixty years ago. A trip to the waterfall at Caucasian mountains. Things people used every day, or on the contrary, things we use only on special occasions and then put on display. And even such simple things as potted plants. A bright shot of a girl standing on a stack of planks. “Soviet business lady”, well not really business, but some sort of secretary. A train getting charcoal. It might be a pity to realize that most of the people are probably shown only in his photos and no other images of them were left now that they have died.

9 thoughts on “Russia Sixty Years Ago”