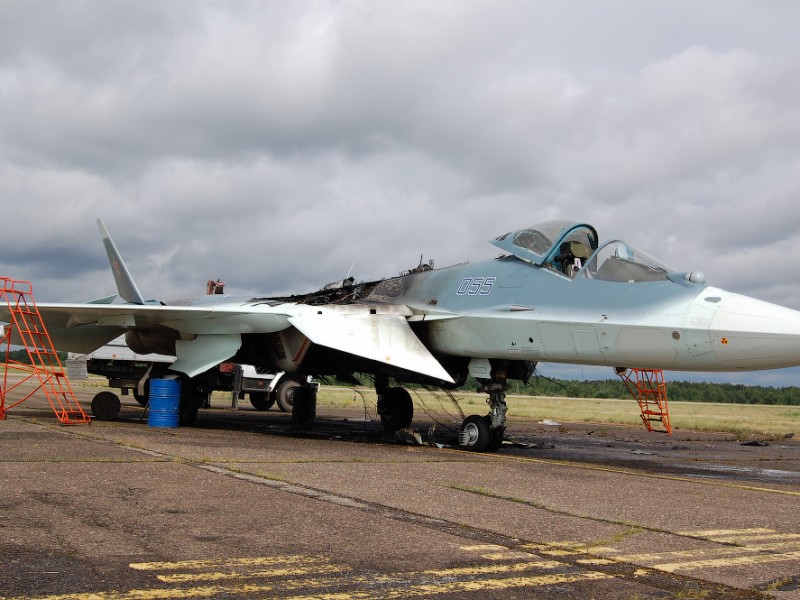 T-50 is a new jet being built in the Sukhoi factory. It made its first flight in 2010 and in 2013 they put it into production. This is one of the production jets, and it reportedly caught on fire today, June 10th, during a flight. An official reported that, quote: “while during the flight, first smoke appeared, and then fire broke out above the right wing. This accident caused no casualties and the plane can be repaired. The aforementioned events should not affect the program and its completion”. So here is one more photo of the fire aftermath and the new plane, which is still pretty rare. Photos are clickable for larger versions. 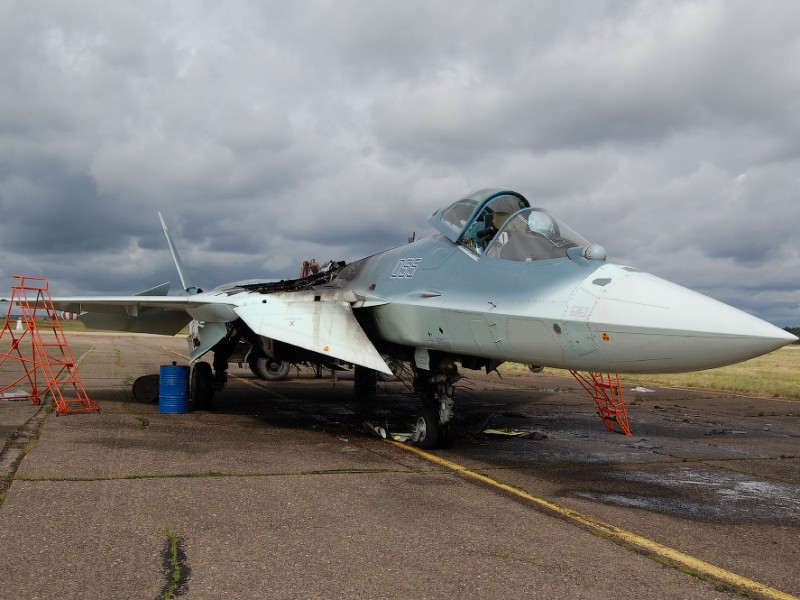