The commission investigating the causes of the catastrophe did not identified any malfunctions of the airplane. There were several hypotheses about human factors that perhaps led to the crash. However, once all of the facts were found, there was no evidence either to reinforce or disprove these suppositions. In these circumstances, the commission and the Soviet experts came to the conclusion that the causes of the accident should be declared as not defined, and the case was closed. 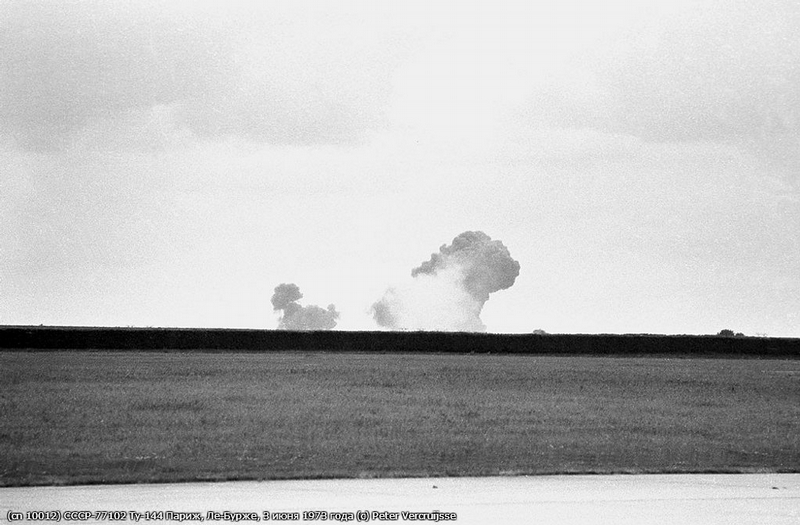 There was a separation of the left wing console, as a result of exceeding the permissible loading. Then the destruction of the aircraft in the air followed. 5 houses were destroyed and 20 were damaged. The crash killed 6 people on board of the TU-144. 8 people were killed on the ground, 3 children were among them. Also, 25 people on the ground were injured.

Fragments of the wrecked plane were later laid out on a wooden model, some were still missing.