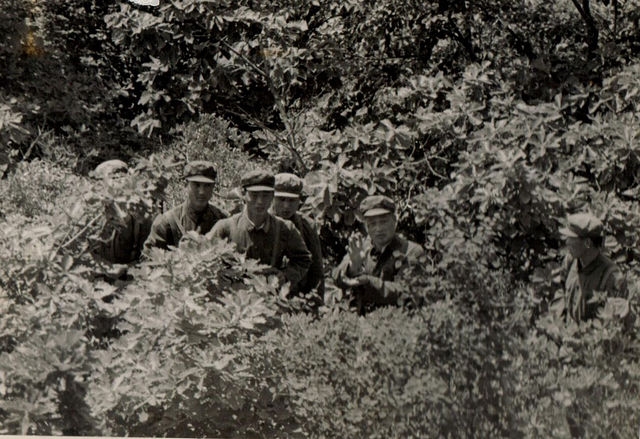 As Habarnew recalls, 1977-1979 were the years when Russian-Chinese tensions were at their peak. And the memories of the Russian border guards serving there at these times matched the situation:
“At that time we always went patrolling in pairs. It was not a big pleasure to meet such a gang from the other side. We tried to detect them earlier than they could see us. However once I happened to face three of them alone. It was stupid thing to do on my part.”

According to those memories, Chinese border guards sometimes offered to buy things from the Russians, teased them or simply made obscene gestures, such as in the next two photos: “This is how their officers behaved! Showing their butts to Soviet border guards. We had instructions to salute when we met them. Looks like our understanding of a salute differs a lot”.