The “Metro” hypermarket was looted in Donetsk, Ukraine. They say the store was left unattended after the battle that took place nearby. For three days it remained without personnel and guards and this fact was abused by locals. The shop is around one kilometer away from the airport which is under the control of the local army and the area is targeted by snipers so the protesters avoid it, but locals don’t. See the inside of the store inside the post: 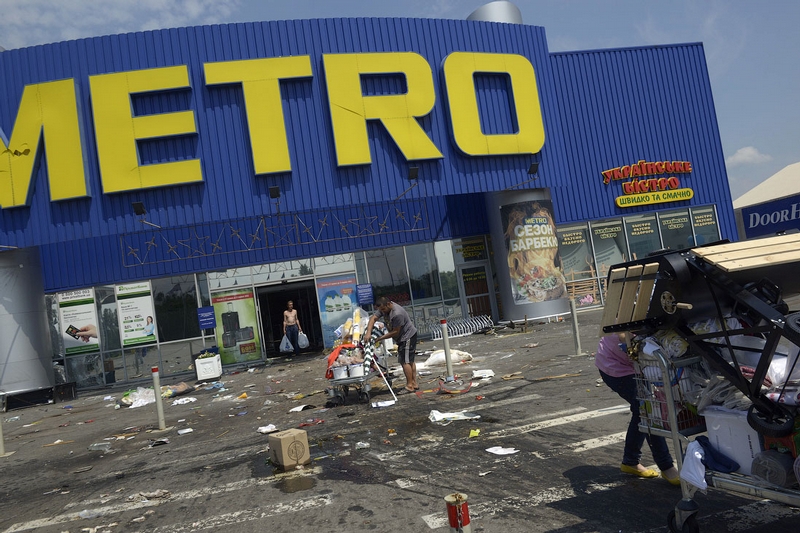 They say people carried away EVERYTHING. Though there are still plenty of things left on the racks. The liquor department tends to be most popular among the looters. I’ve read in another source that some people stayed there overnight, spending their time just drinking and then sleeping. Then they repeated the whole cycle again. Some stock up whole cartfuls. Some are drunk and can’t go away. In the beginning, most of the valuable things were taken: electronics, clothes, etc. Local road police try to stop some of them.

However it’s been said that around six people were shot while looting.

8 thoughts on “Looters Raid a Hypermarket Store in Donetsk”