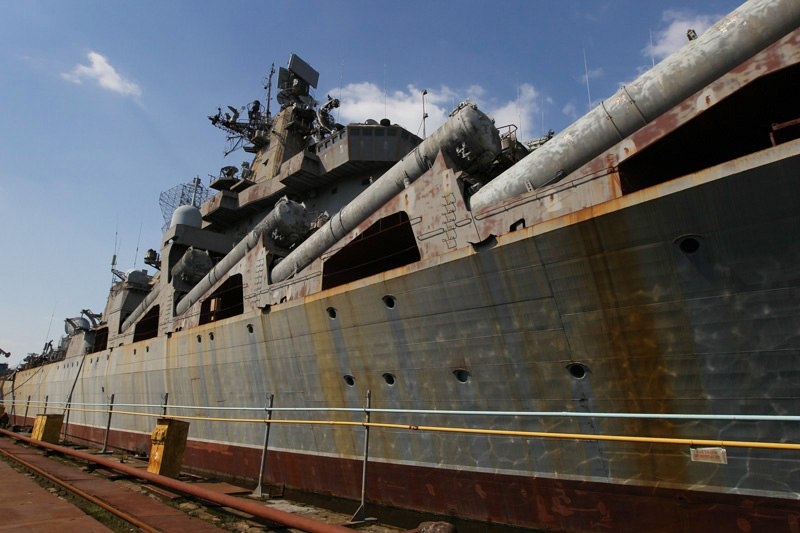 The rocket cruiser “Ukraina” according to Wiki, is a Slava class Soviet cruiser laid down in 1983 but left unfinished when works stopped in the early 1990s due to financial constraints, and withÂ UkraineÂ ownership. In 1997, Ukraine stated that it didn’t need it and offered it for sale, as there was about 30 millions dollars needed to complete the vessel. Russia first wanted to buy it reportedly, but in 2011Â Russian navy sources stated that Russia is only interested in obtaining the cruiser if they can have it free of charge.

So here it has stayed in the dock for years, equipped with the Navy version of S-300 rockets.