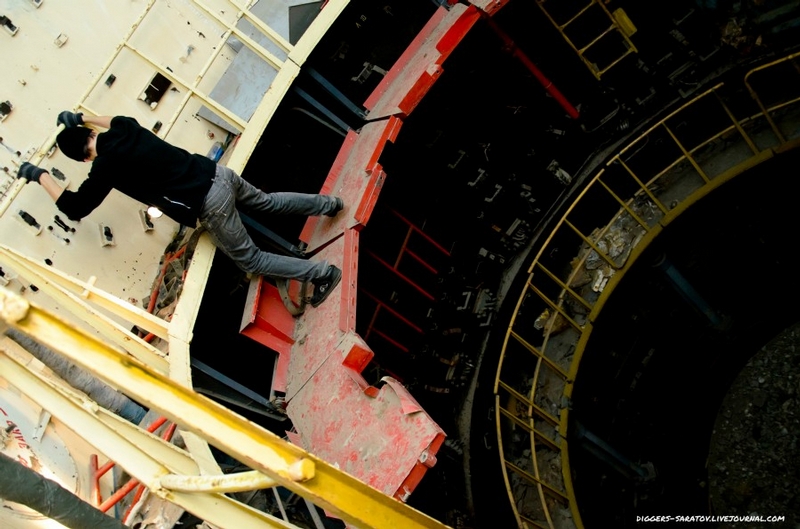 This is the most famous underground object in Saratov. It was abandoned in 2008 and now almost everything has been stolen from it. This is a unified command center. A long time ago from the -11th level of this underground facility, the launches of ballistic continental missiles were ordered. This is how the object looks outside. Floor is suspended to resist the seismic activity. At the entrance into the #3 shaft there are sealed doors. In the case of a  combat alert they were locked. The Command of the center was located on the lower floors and it was impossible to open these doors manually. The personnel could exit only through escape hatches and only by the order of the higher command. Why was it called a unified command center? Because they were ready made in the factory and they were installed in conventional missile silos. The UCC cylinder can be transported from one shaft to another and could be repaired unseen by the enemy. It Is like a 12-storey cylinder. Its form is very comparable to a missile. The two top tiers are absent.  These were the floors with diesel generators. They were taken by the military. In the shaft, the UCC sits on shock absorbers. The height of the UCC is 33 meters. The soldiers used an elevator to move from one floor to another. Right here was the “red button” responsible for the nuclear rocket launches.