Some time ago we had a few photos of a piece of technology called “Soviet Turbojet Train“. Â  The projected speed for this out-of-the-sixties monster was planned to be up to 360 km/h, and it set a record of 250 km/h on the Soviet standard railway. The project was discarded afterwards, partly due to the very high fuel consumption of the jet engines compared to the engines of jet planes, and we thought the only train built was lost, but recently these guys discovered it rusting on the back ways of some railroad. So let’s take a closer look on this unique example of Soviet technology out of 1960s and 1970s: 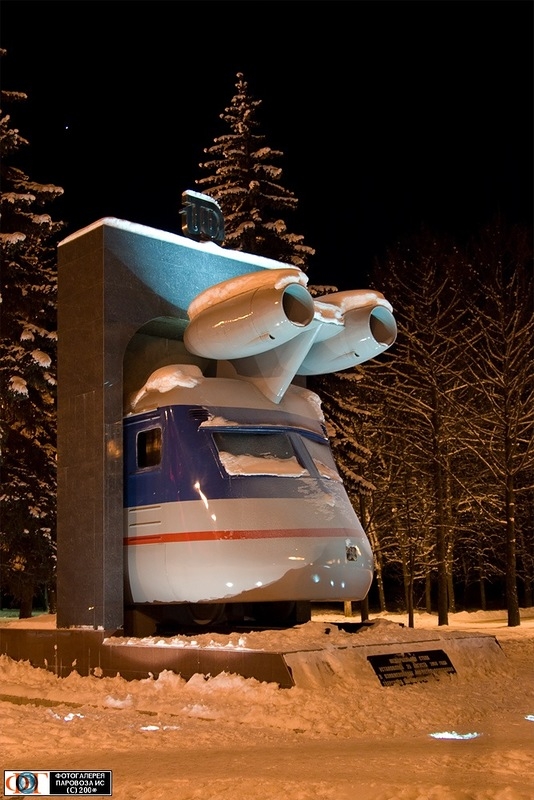 Also there is a monument in Tver city which uses the front part of the train.