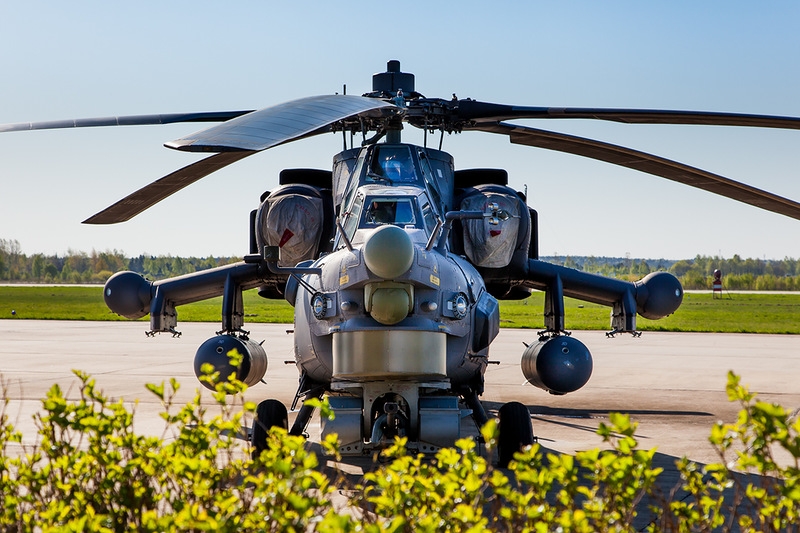 A few facts about the MI-28 Russian helicopter, from the photographer – Sergei:

After the war of Afghanistan, it was clear that the Soviet army needed a new helicopter to replace the MI-24 that was used at time. In 1982 the Mile bureau introduced the new helicopter – the MI-28, which was equal to the newly adopted “Apache” helicopters of USA and superseding the existing Soviet MI-24 copters. This was the most armored helicopter in the world. It couldn’t be shot down from the ground with the use of just handheld fire arms.

In 1984 the machine went into production. In 1995, a request for an upgraded version of the copter was submitted. At that time the development of a “Night Hunter” or Mi-28N started. It had to be able fight at night and was planned as a response to the American “Apache Longbow”.