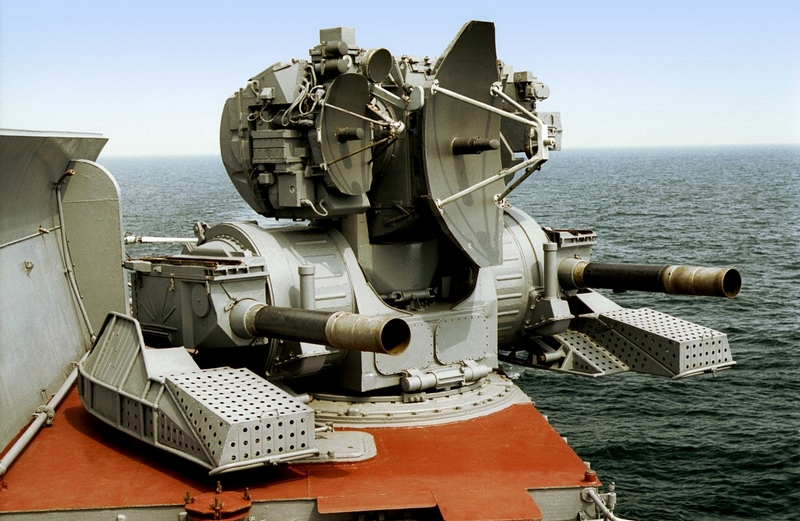 In the 1970s of the last century the NATO had received several new types of anti-ship missiles . Using of the latest technologies make these weapons particularly dangerous for enemy ships . High-speed rocket, with efficient homing and flying at a height of several feet above the water , is a great danger to the ship. Its interception was quite challenging. So that to protect ships against such threats ships it was needed a new set of anti-aircraft weapons with better characteristics than were available.

So, the “Kortik”(sometimes it’s called “Kashtan”) appeared.  Most typically deployed as a combined gun and missile system, it provides defense against anti-ship missiles, anti-radar missiles and guided bombs. The system can also be employed against helicopters and aircrafts or even surface vessels such as fast attack boats or targets on shore. Photos are clickable for wider versions. The weapon is a modular system which consists of a command module and typically two combat modules. The combination of the missiles and guns, provides more comprehensive protection when compared to other CIWS utilising either missiles or guns only. The system’s combined kill probability is 0.96 to 0.99. The command module detects and tracks threats, distributes targeting data to the combat modules, and interrogates IFF of approaching threats. The command module has a 3-D target detection radar, and an all weather multi-band integrated control system. Depending on the number of installed combat modules, the system can engage multiple targets simultaneously. The combat module automatically track using either radar, or electric optocoupler control system or both, and then engages targets with missiles and guns. Here is the video too: