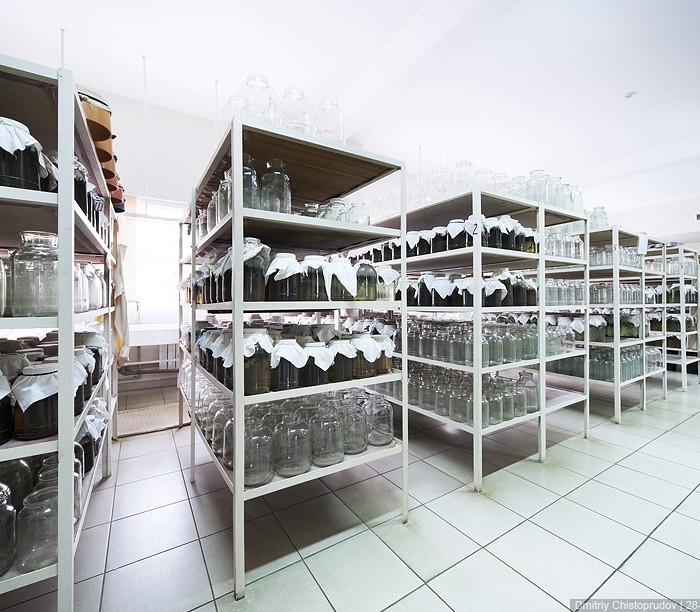 Medicinal leech therapy made an international comeback in the 1970s in microsurgery, used to stimulate circulation to salvage skin grafts and other tissue threatened by postoperative venous congestion, particularly in finger reattachment and reconstructive surgery of the ear, nose, lip, and eyelid.Other clinical applications of medicinal leech therapy include varicose veins, muscle cramps, thrombophlebitis, and osteoarthritis, among many varied conditions. The therapeutic effect is not from the blood taken in the meal, but from the continued and steady bleeding from the wound left after the leech has detached, as well as the anesthetizing, anti-inflammatory, and vasodilating properties of the secreted leech saliva.The most common complication from leech treatment is prolonged bleeding, which can easily be treated, although allergic reactions and bacterial infections may also occur.

International Centre for the Medicinal Leech was created on the basis that had been formed in 1937 with  association “Medpiyavka”, which had leeches in the artificial pond near Udelnaya holiday village (Moscow region). If you are not sure you can tolerate images of live leeches then maybe you better don’t go further than this! Production facilities for growing over 3.5 million medical leeches and production of cosmetic products are located on the area at about 2500 m2 . 400 species of leeches are known to science. They look similar and differ mainly in the coloring. Leeches are black, greenish or brownish. Russian name for these worms nimble indicates their ability to “dig” in the body of the victim and suck blood. Leeches live in three-liter jars. This is the best home for them. Caretaker must ensure that a jar with leeches is permanently closed with a thick white cloth, which tightly knotted. Leeches are extremely mobile and often tend to crawl out of the water. Therefore, they can easily leave the container in which are stored. Sometime escapes happen. A leech has 10 eyes, but it doesn’s see a holistic picture. Despite on the apparent primitiveness of sensory perception of leeches, they can perfectly oriented in space. Their sences of smell, taste and touch are unusually well developed and that contributes to their success in the search for the victim. Primarily leeches perfectly respond to odors emanating from submerged objects.  Leeches not tolerate a smelly water. The jaws are in the depth of the front sucker. Each jaw has 90 teeth, total 270. The maximum size of leech that was grown in this center – 35 centimeters in length. Water is specially prepared – it is advocated for a few days, cleaned of contaminants and heavy metals. After purification and transmission control, the water is heated to the desired temperature and fed into a common network for the leech. Every dishes is cleaned carefully. Mating season takes about one month, after which leeches are seated into liquor -3 liter jar. At the bottom of the liquor moist peat soil is put, representing a favorable environment for medicinal leeches and their cocoons. Soft peat is mossing on turf to governing soil moisture. Uterus freely moving in the moss in which they feel comfortable and gradually buried in the peat. Peat is thoroughly washed so that leeches feel damp and comfortable. Leech lays cocoon in a shallow move in the soil from which are derived the young leeches. Their mass reaches 0.03 g, and the length of the body is equal to 8.7 mm. A leech-female lays an average 3-5 cocoons, each of which  has 10-15 whitebaits. After some time, the cocoons are similar to a soft foam balls. Leech leaves cocoon through a hole in the end. The first minutes of life of little leeches