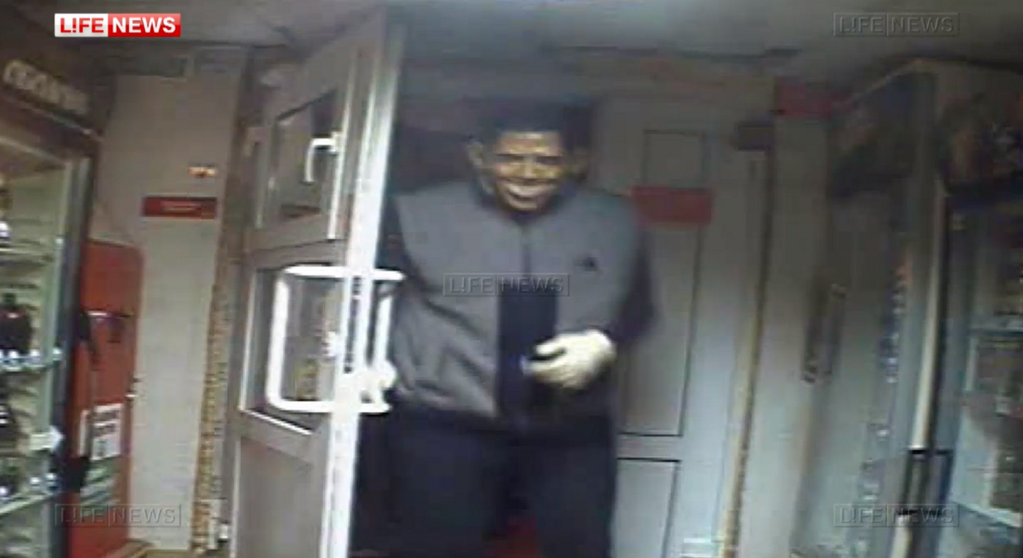 It was reported today that people dressed in Obama and Anonymous (Guy Fawkes) masks robbed a store in Krasnodar. The store is a 24/7 grocery store, whose name can be translated as “Speckled Hen”. The robbers, reportedly armed with a gun, stole a safe box from the store’s back office. As the story goes, the police suspect the gang of being involved in more robbery cases using the same masks, one has already been confirmed, guys wearing the same masks robbed a jewelry store a few days ago. 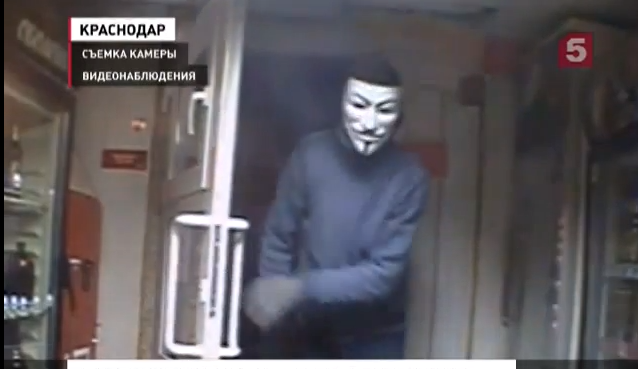 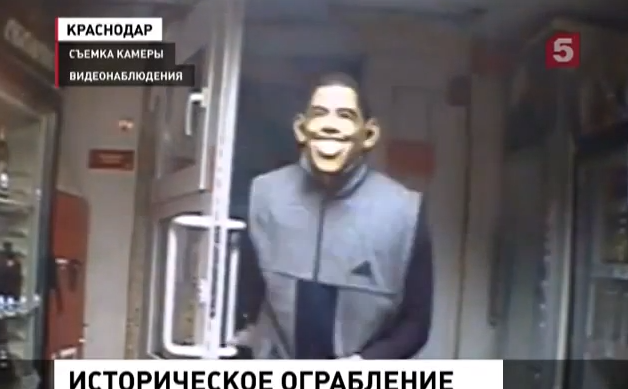