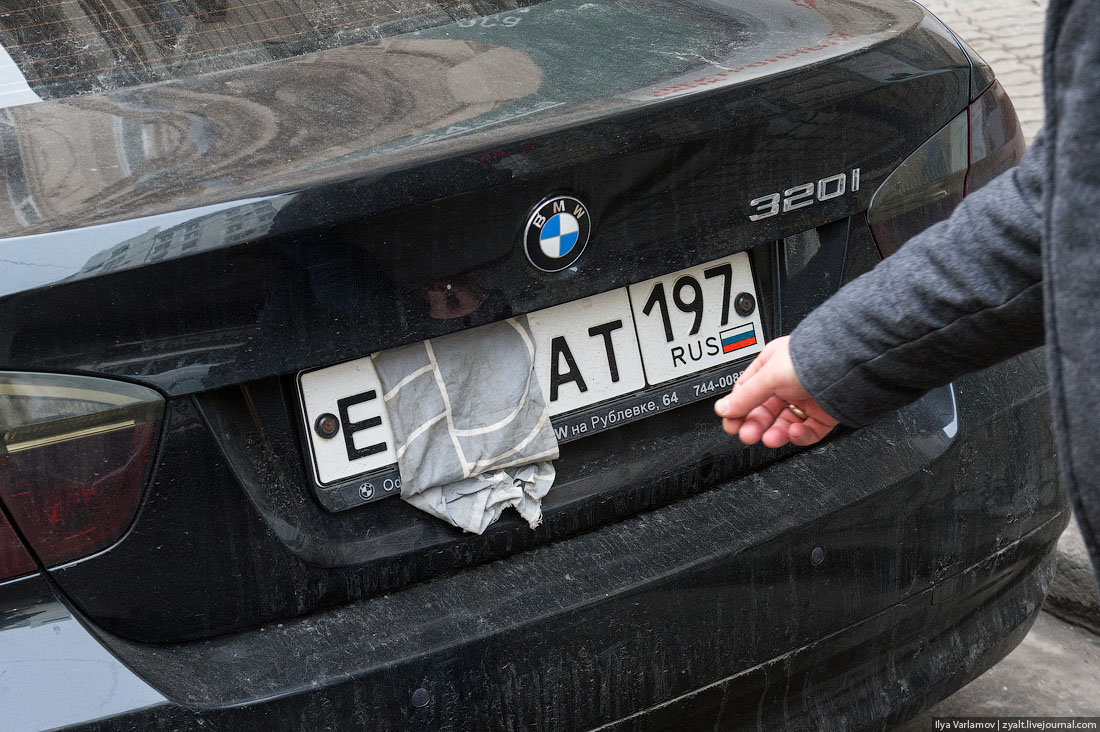 Believe it or not, but most Russian cities don’t have parking enforcement in terms of paid parking. I mean that in most of the cities there is no any fee to park on the city streets, even downtown. Moscow, the capital, only got parking meters in 2013. Before that, most of the street parking in Moscow was free.

As far as I understood, the new parking system implemented in Moscow uses video cameras to track the amount of time paid for. So basically, there are no parking officers circling around and checking for expired meters, but rather streets are equipped with cameras which track the car plates and corresponding payments that can be made through the payment machines or by text message.

However, people were not used to pay for something they were getting free for so long. I remember how the whole introduction of paid parking in Moscow caused negative responses and a sort of hysteria. So even almost a year after the implementation, people do tricks to avoid the payment. The most popular thing to do for this is to cover part of the plate with some object to prevent the cameras from reading your registration. Some people rotate the plates. 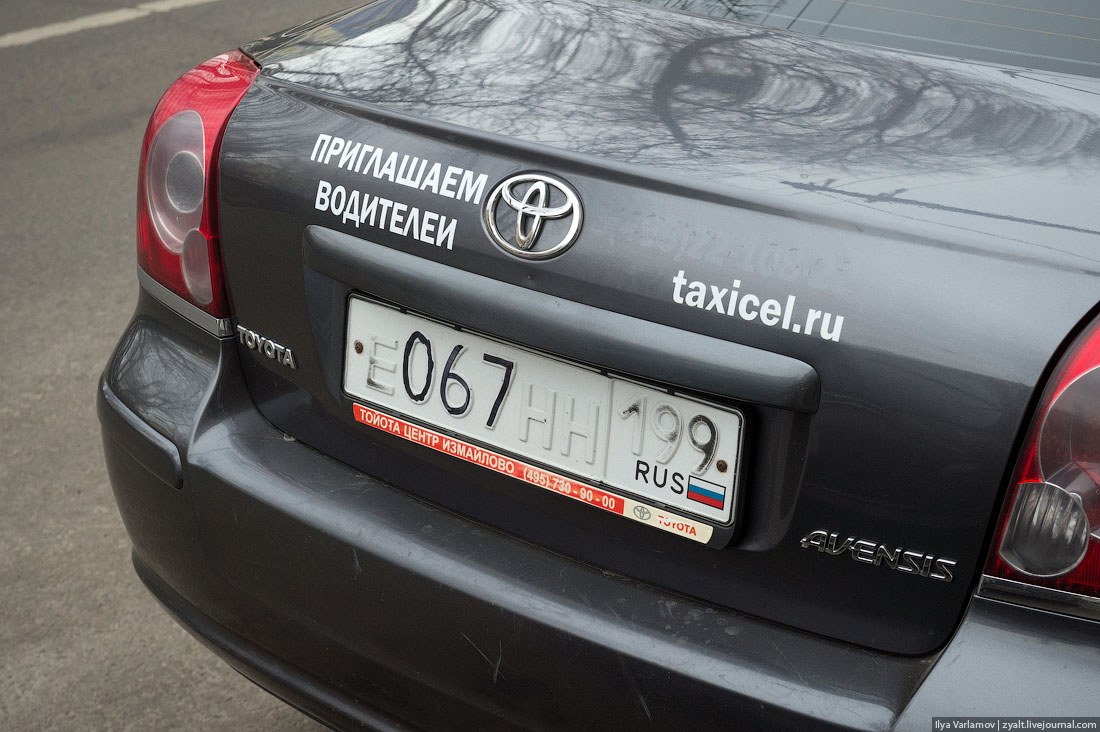 Some discolor parts of the plate. 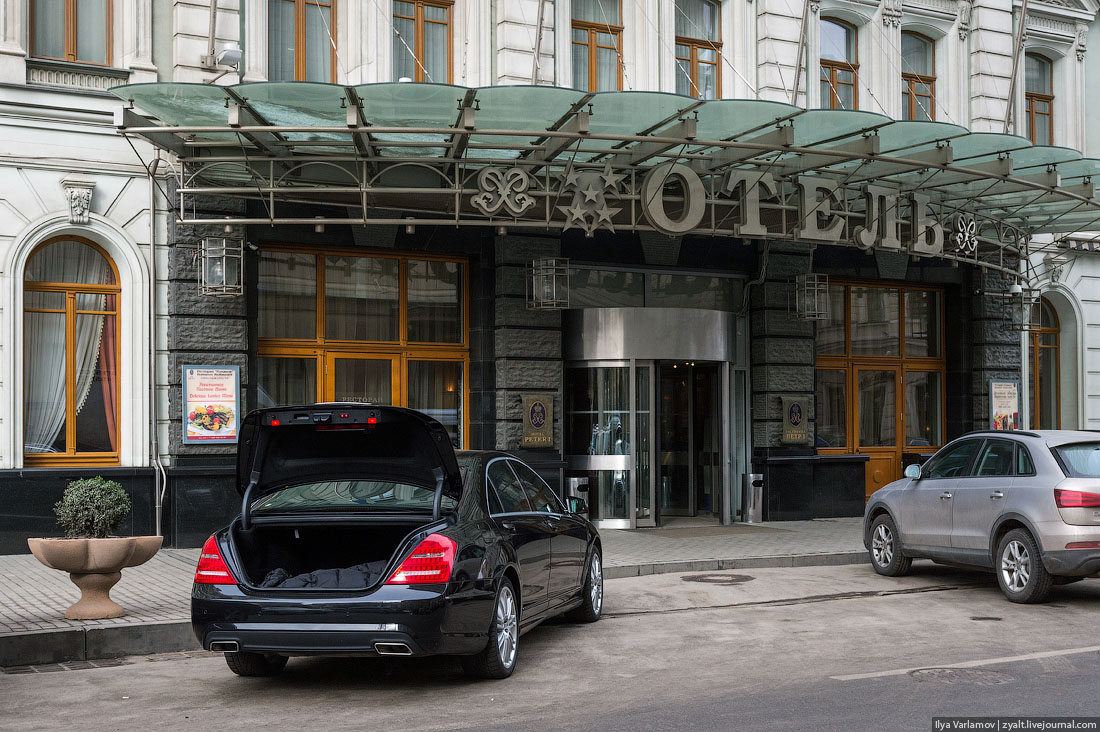 Some open the trunk and walk away. 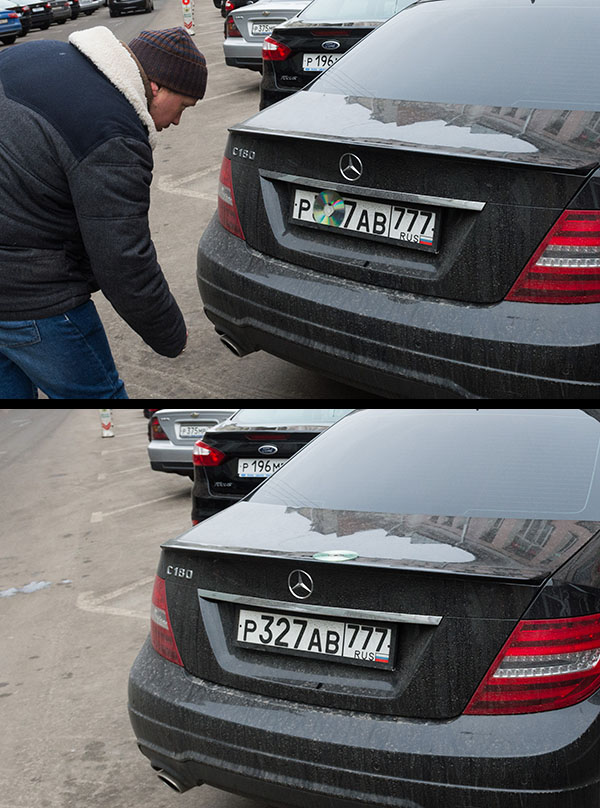 Some use compact discs. 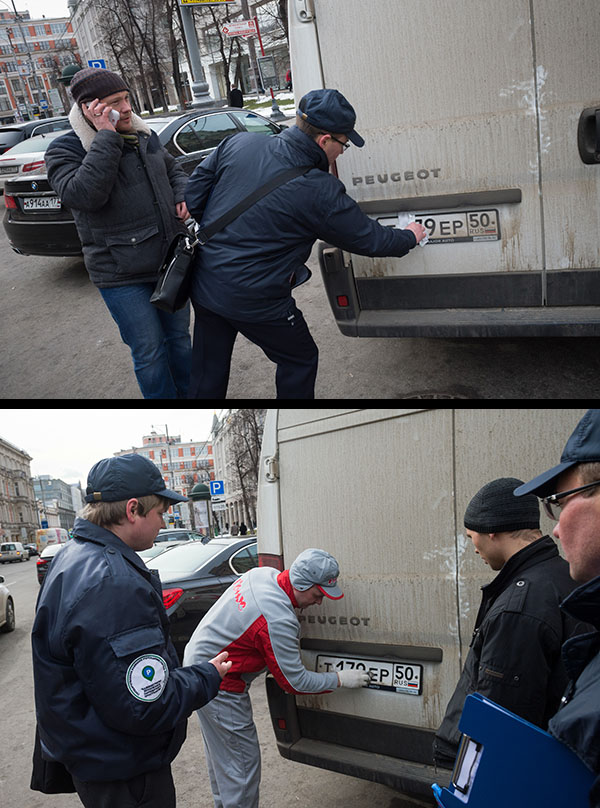 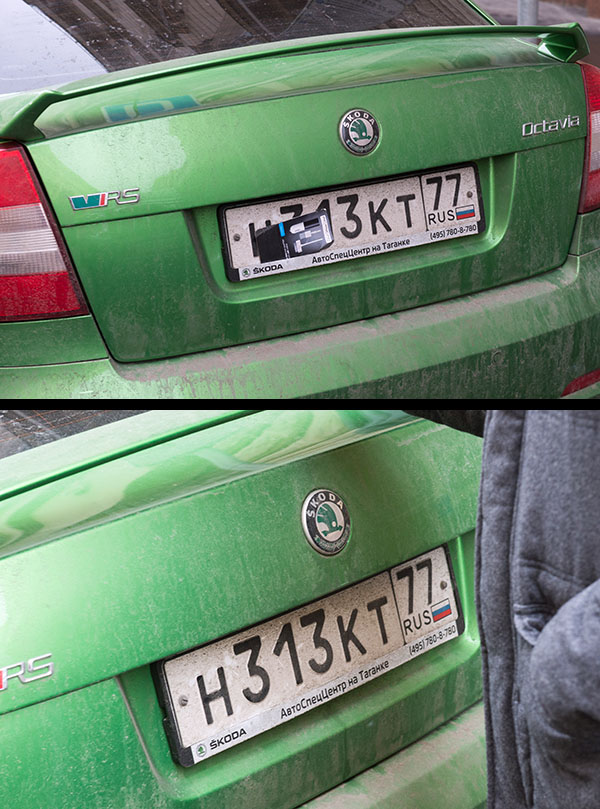 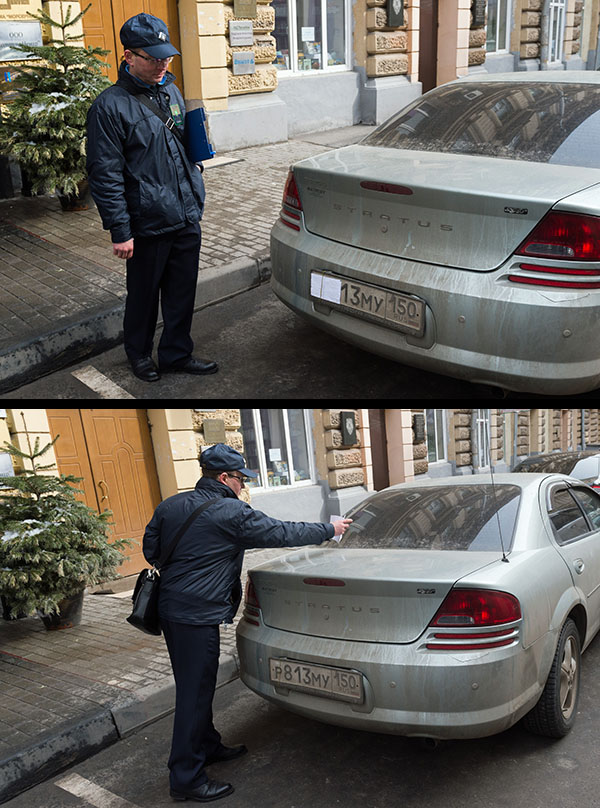 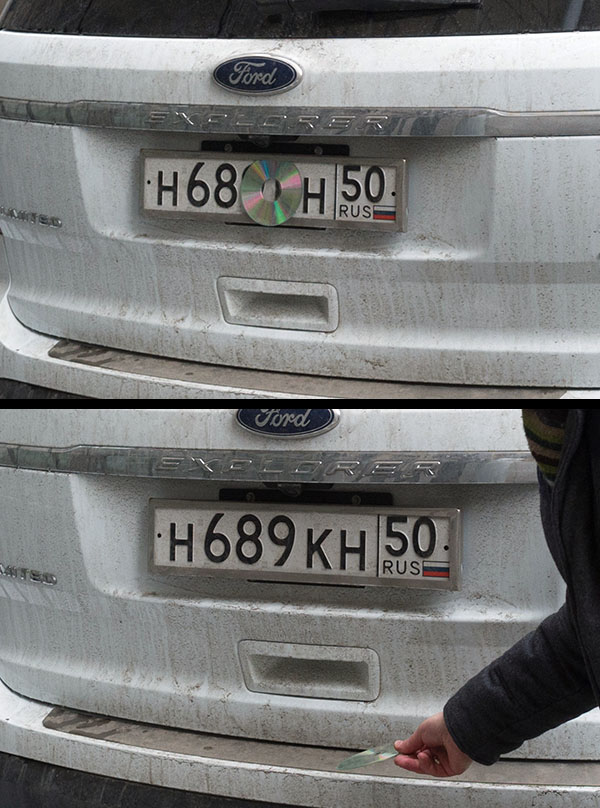 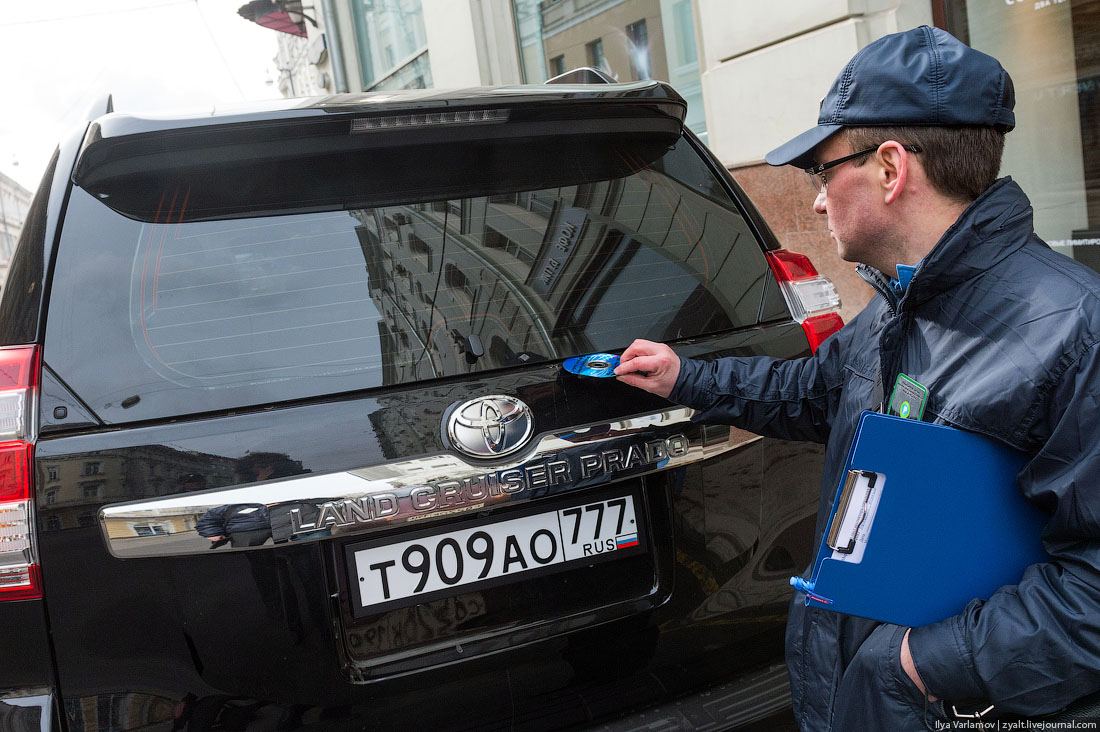 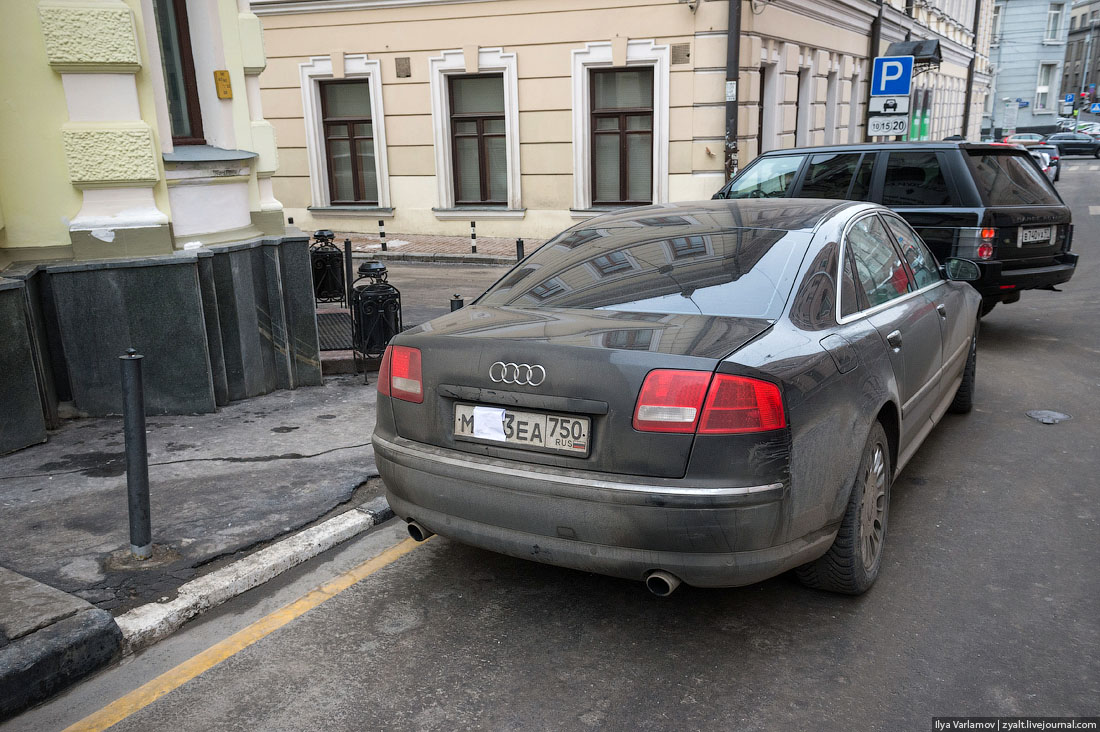 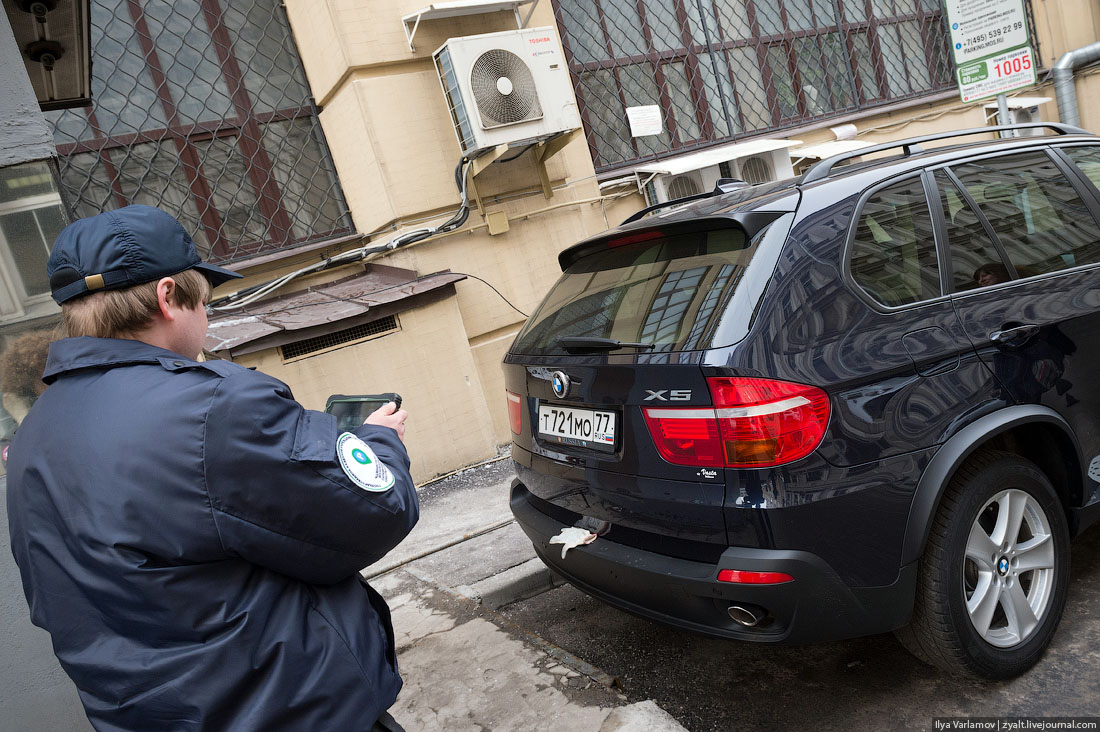 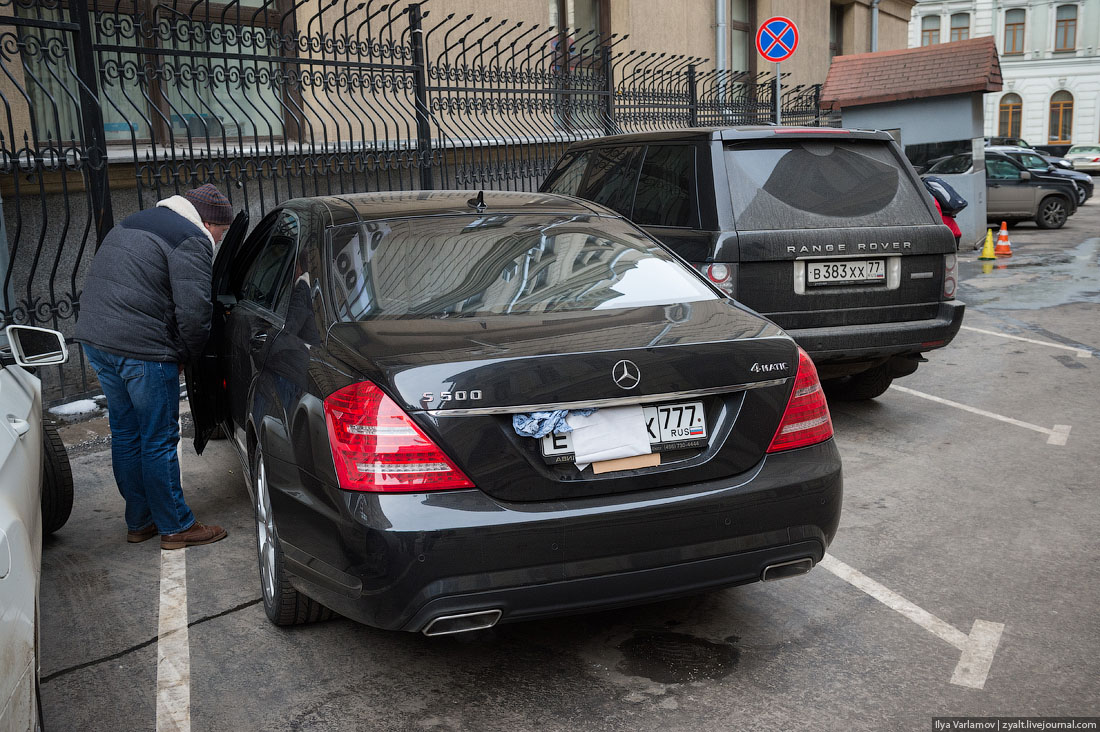