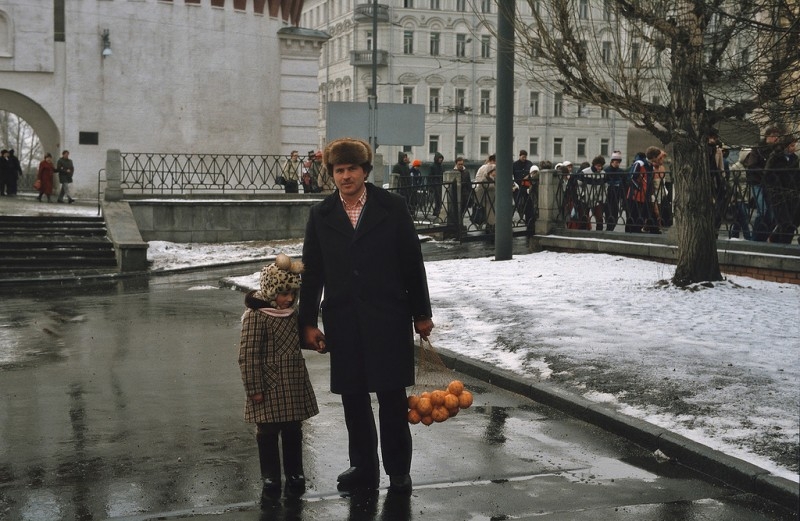 Past always seems to be better than it really was. As if people were kinder, the country was stronger, the city was cleaner… But photos like these ones return us to reality – those times were rather contradictory. They were made in 1984 in Moscow by a Dutch traveller Aad van der Drift. “Glory to the communist party of the Soviet Union!”. External passport of the author of these pictures. “Party is immortality of our business!”