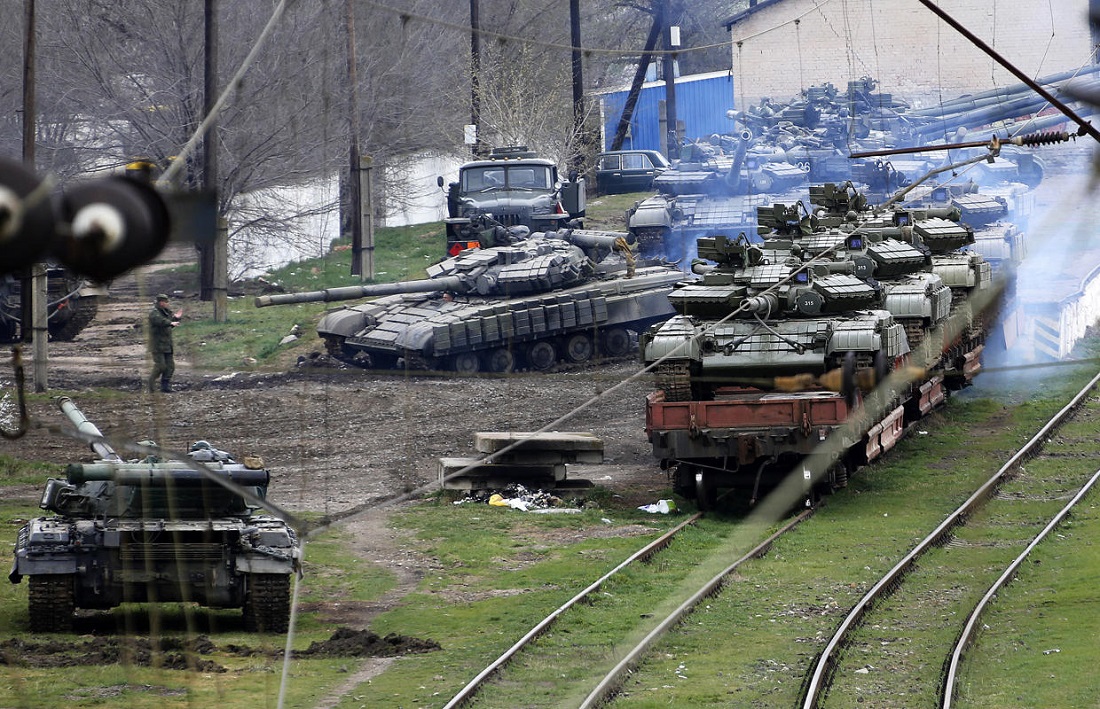 More and more Ukrainian army forces are reportedly leaving the territory of Crimea. Here are a couple of photos. In the picture above, a Russian soldier is showing the way to the Ukrainian tank, which is going to be loaded onto the train (north of Crimea, March, 27). 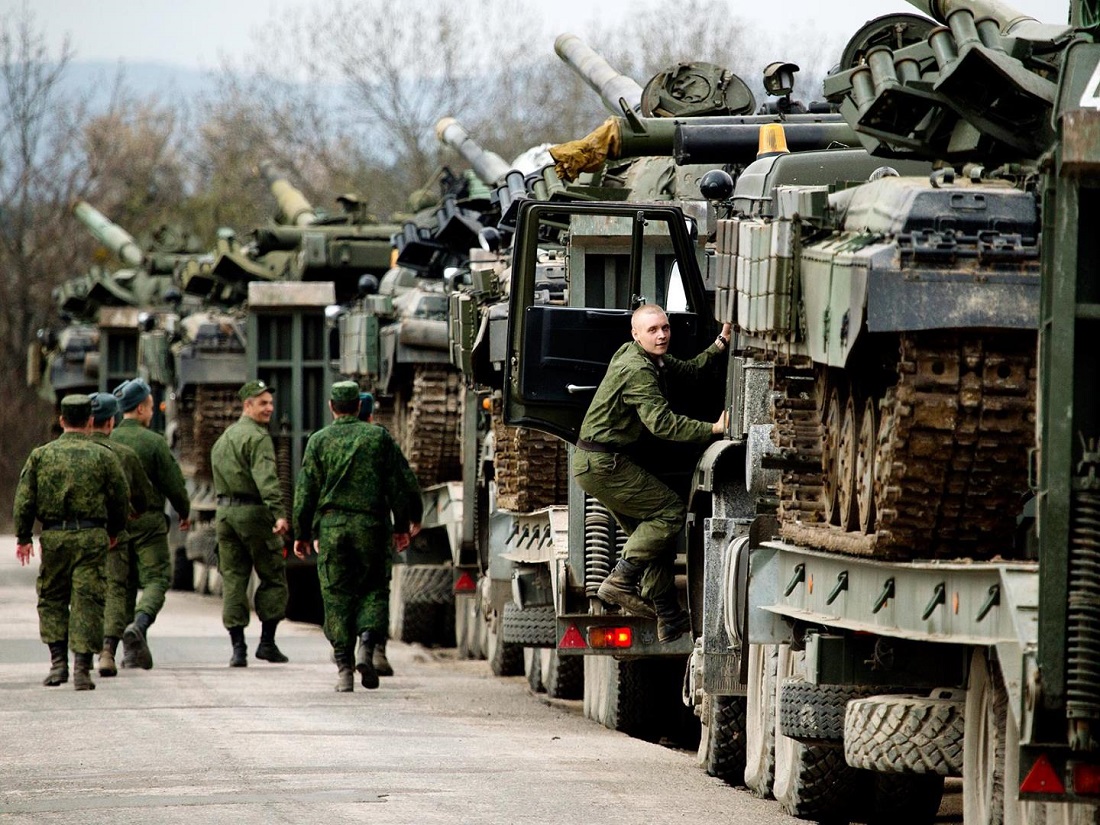 On this picture Ukrainian soldiers are loading their tanks to send them away from Crimea. (March, 26).