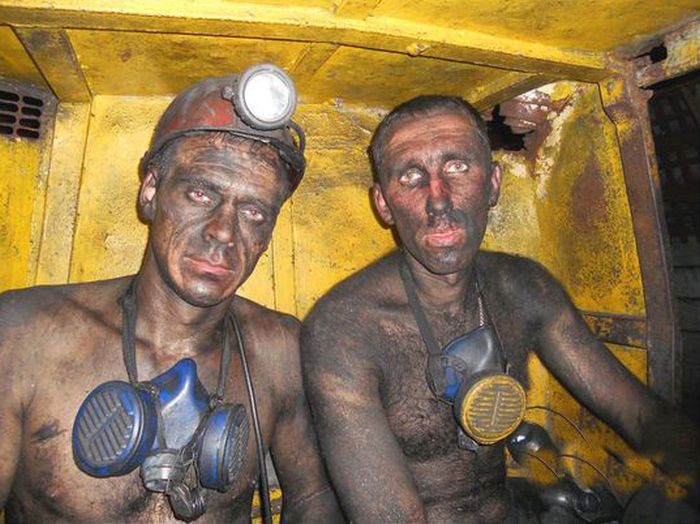 After these photos of coal miners getting back from their job were posted, a discussion sprung up in the comments about how much tougher working in a coal mine rather than in an office might be. Some say that the conditions in some coal mines have not changed much since hundred years ago. It is that rough that people have to kneel throughout their entire working day and use the sledgehammers and jackhammers to actually mine the coal. Their whole body gets covered in coal dust. More photos are inside: 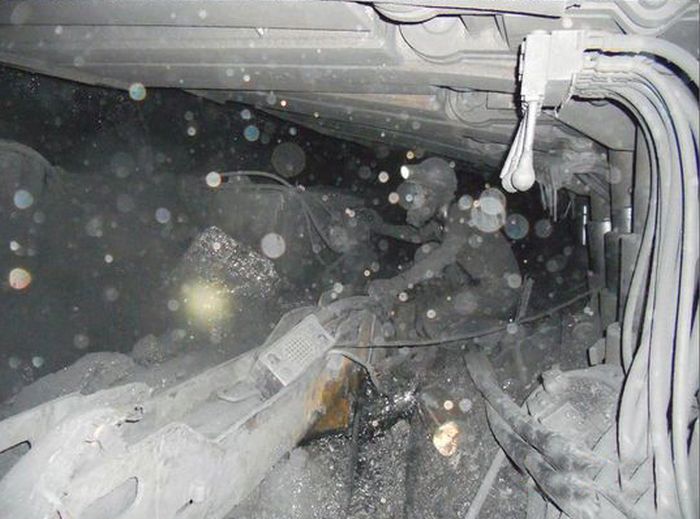 It’s not clear if those photos are from Russia or Ukraine, because Ukraine has been cited as the number two coal producer in Europe with more than 145 coal mines across the country – mostly in the Eastern part. 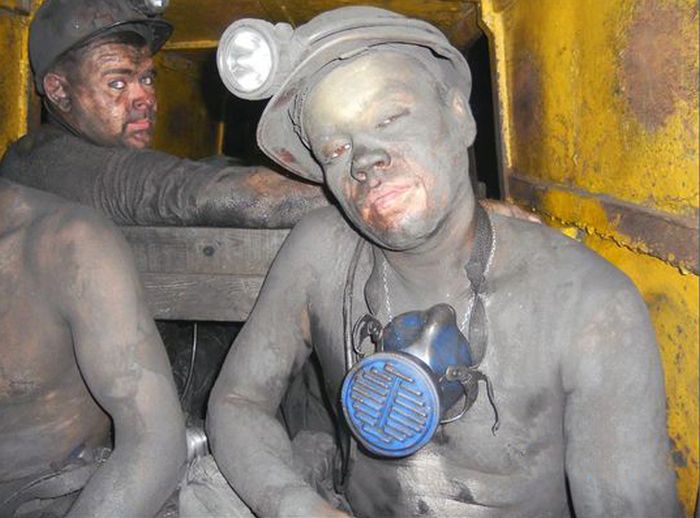 The coal miner’s job itself has been proved to be dangerous. Not only because of the conditions and the coal dust, but also because there have been numerous accidents in coal mines in the past. 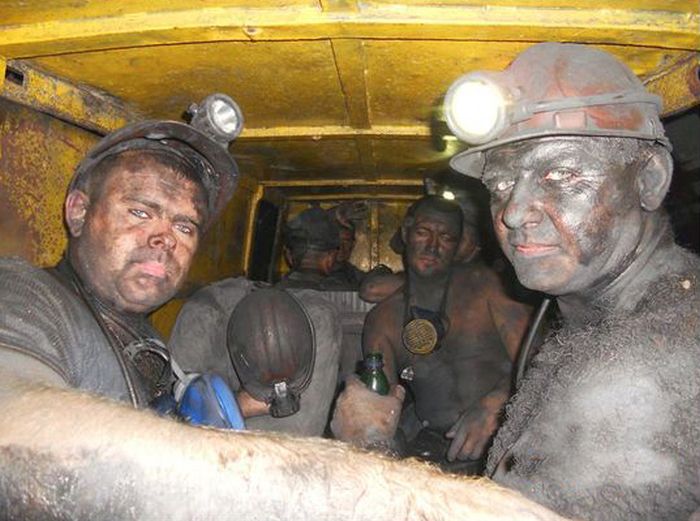 People have been trapped as a result of mines unpredictably collapsing. 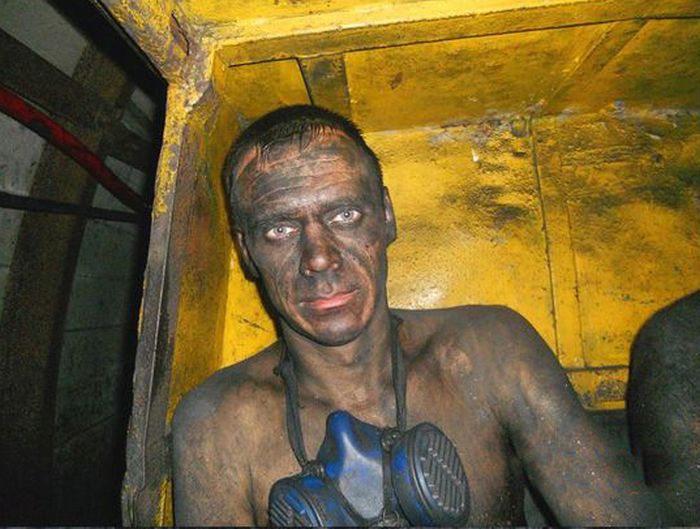 Sometimes the accidents are connected with fires that are sometimes the result of a gas explosion. 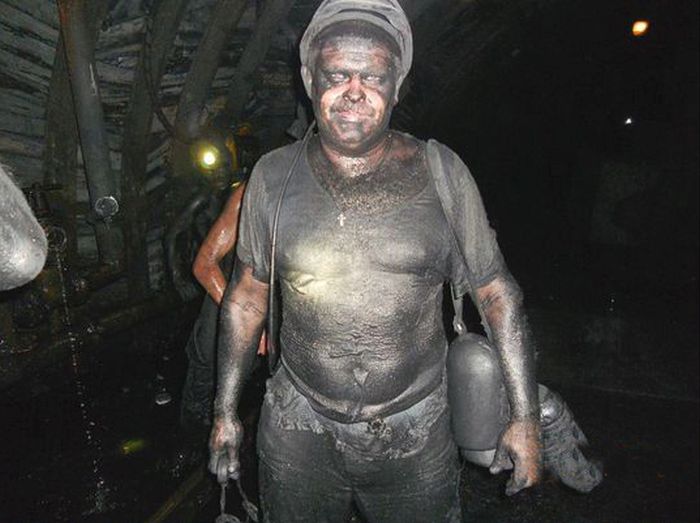 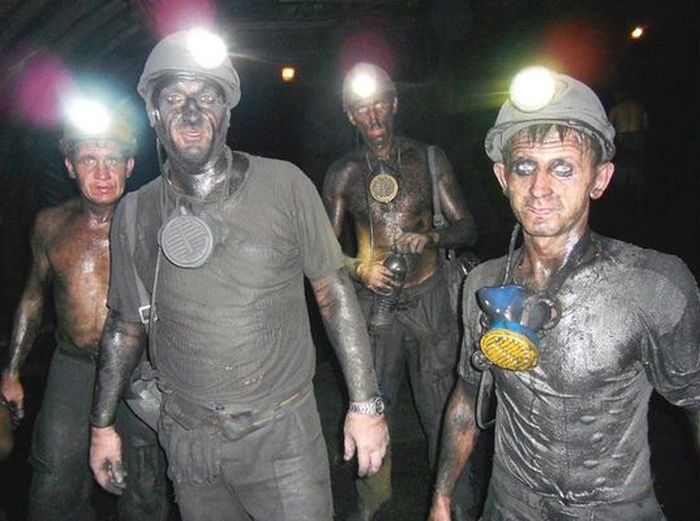 You might want to know what the average salary of a coal miner in Ukraine is. According to 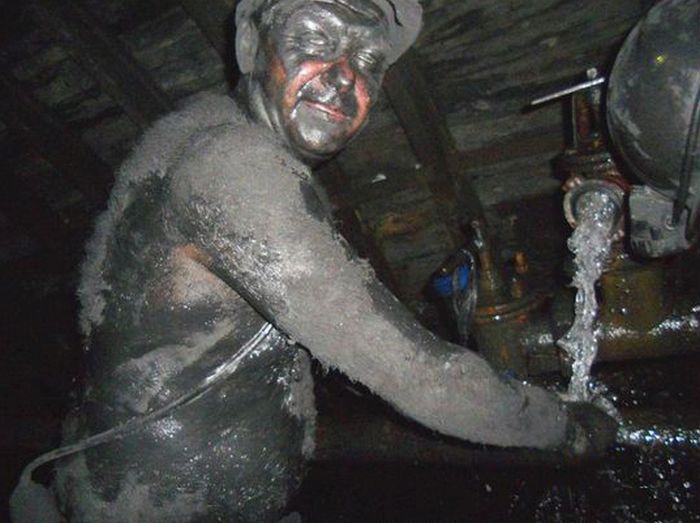 the Ukrainian news agency, the average Donetsk (large coal manufacturing region in Ukraine) coal miner’s salary is around $500 per month. 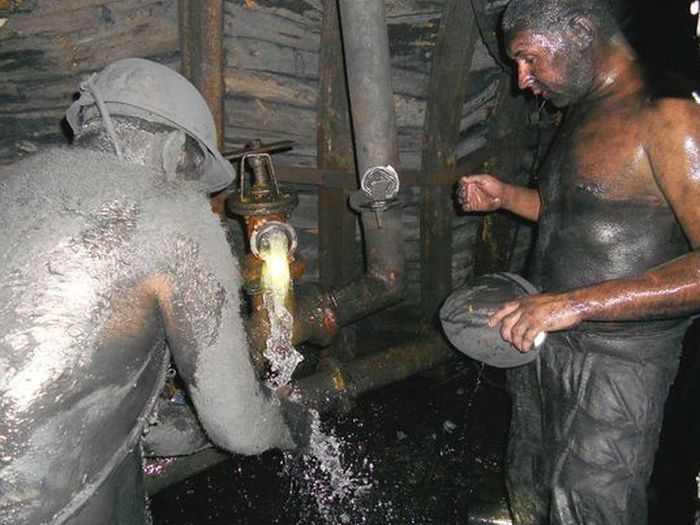 These people might get five hundred dollars each month, on average, for the things they do. 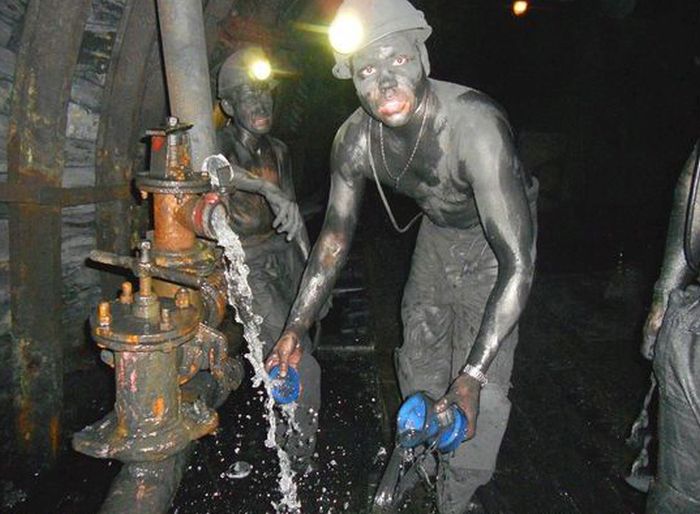 The office workers in Ukraine, for example, and sales people in ad agencies, are getting around the same amount of money monthly, judging by the vacancies offered on the Ukrainian job site. However, there is one thing that caught my eye while I researched the salaries. There was an article saying that more than 86% of the office workers in Ukraine live in constant fear that they could loose their jobs and paychecks. I really doubt the coal miners have such a fear.